Posted on September 11, 2017 by postpunkmonk

Now that I have two seconds to catch my breath, I’d like to thank chasinvictoria for his extensive coverage of his Heaven 17/B.E.F. concert extravaganzas that he experienced last year, as Heaven 17 are on the cusp of their American concert debut later this month with bi-coastal gigs in you-know-which-two-cities. This was nothing planned; it just happened and I took that as a sign that it was meant to be. After over seven years and 1400 posts, it felt weird to see blogposts on PPM that I didn’t have to sweat over. Given that I don’t monetize this blog in any way, it felt strange, but as my comrade in New Wave from point zero – for almost 40 years, there are  none more qualified to taketh up the reins of PPM than chasinvictoria.

If you’ve noticed the latest image at the right of the home page, under the “New In the Record Cell” header, it is obviously the new Sparks album. In my last post, on the subject of Sparks “Hippopotamus,” I opined, “And I find myself in a city where I guarantee I will not have the ability to walk into a store of my choice and plunk down the better part of $20 for the privilege.” These cold words on black and white quickly came back to haunt me as I found myself at Harvest Records yesterday afternoon. My wife had, unbeknownst to me, ordered a CD of Nick Cave’s “The Boatman’s Call” from there and it was in, so after grocery shopping, we headed over there to pick it up and of course, I had to scan the new arrivals to see that, yes indeed, Sparks new album was there to buy on CD. I snatched it up in an instant; red-faced at my lack of good faith in the “store of my choice.” But I was right about one thing. I did not plunk down the better part of $20 for the privilege; this CD was a healthy $10.99! 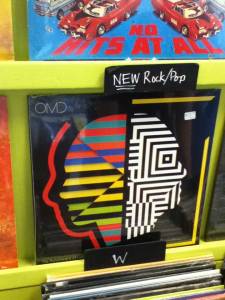 As if that wasn’t enough, after scanning the used CDs with my wife and finding PiL’s “Plastic Box” at a very affordable used price, I went into the vinyl half of the store to see that given a prominent position on the walls was the newest OMD opus, “The Punishment Of Luxury!” Of course, they got a demerit for having it in LP format only, but I can tell you how long its been since a local store has stocked the new OMD album. I would have to go back to Orlando, Florida and the year 1993 when I bought “Liberator” in Murmur Records! Every OMD album after that has been mail order only. So maybe I should not judge Harvest so harshly following almost a year of blah visits. Of course, I normally attend their budget stretching Anniversary Sale, with often spectacular results, but not this year as I was away; leaving you in the good hands of chasinvictoria. 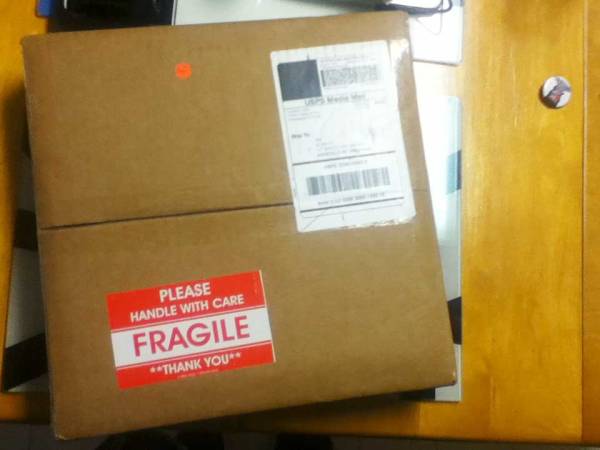 A week or so ago, I finally managed to order a hefty box of records from my favorite dealer for the first time since March. It arrived last week and last night I finally got around to opening it! There were a lot of highly desirable items that managed to remain in stock from my ever-expanding want list since then, with only a few losses as things like the UK 12″ of Midge Ure’s “No Regrets” quickly flew out of the store while I didn’t have the cash for a purchase. But many good things surprisingly stayed there and waited for me. Now all I need is the time to listen to these records and I’m sure that a few curve balls will manage to find their way into the reviews at PPM over the next month [crosses fingers].

Today was a cheap bit of quick posting for topics that didn’t merit a full blog post. Expedient, I suppose… because I can’t very well review the new Sparks album until I actually hear it in toto! I’m only 80% there as of now and I couldn’t bring myself to blog about Sparks yet a fourth time in a row in any case. At least without not also declaring “Sparks Week” or some such. So this trilogy of micro posts [none dare call them tweets] was a once in a lunchtime event, not to be repeated.