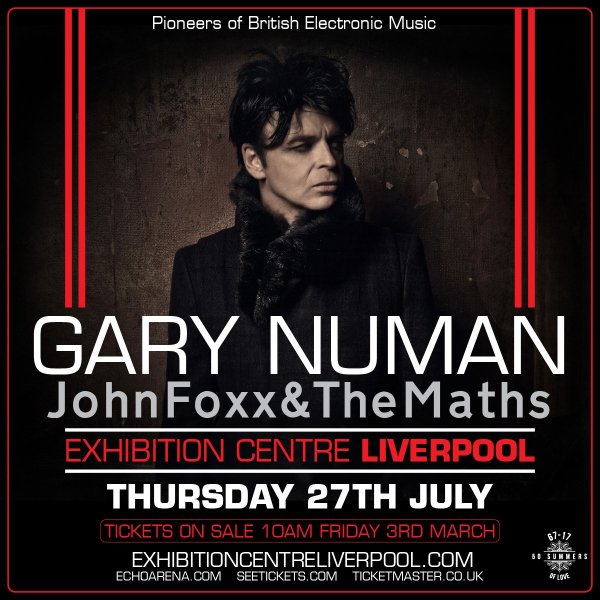 It had to happen, sooner or later…

So there it is. Up front and as bold as life. I got an email last night from Jordan, who comments here in occasion. My wife has been holding out for a JF+TM tour of some sort, and when “The Machine” was pencilled in for release last year, I had hoped that the album would be tourable, but it’s not really a “rock” album and thus would not support a tour. I get that. It now seems that all that will happen live with the band for the first time since their tour opening for OMD back in 2013, is this one-off pairup with #1 acolyte Gary Numan. It makes total sense. Without Numan talking up Foxx, chances are many might have never heard of the man. Personally, I’m over Numan. I have been for years, but if a kindly reader with several thousand to tithe made the effort, sure, we’d go. Heck, I’d even stay to see how Numan was.

The Liverpool Event Centre is a large venue with a seating capacity of  10,600 and the ticket prices for the concert are what I consider modest, especially for a venue of this size: £33.50/£42 [$41.63/$52.19]. The Maths lineup seems to be a trio this time with Foxx on synths, Benge on synths/SDS pads, and Hannah Peel on synths/violin. Tickets go on sale Friday, March 3rd at 10 a.m. here. Doubtlessly top commenter Echorich will be kicking himself for heading over to the UK over five months too early. Chin up, chum! We’re all in this together. 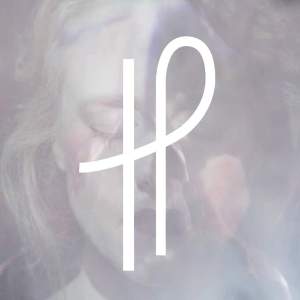 Speaking of John Foxx and Hannah Peel of The Maths, the quiet man has just recorded vocals with Ms. Peel for her new single B-side, available as a DL on her webstore. The A-side is “Hope Lasts” from her new album, but Foxx has sang a duet with Ms. Peel on the B-side, a cover version of the wonderful Paul Buchanan song “Cars In The Garden” from his stellar “Mid Air” album and don’t you just know that this will be quite the lovely thing to hear! Unfortunately, we will have to wait a few months for this to reach our ears since the release date is April 7th, 2017. Those interested in sampling and pre-order should click here.

Not to be outdone, ‘Vox Vocalist #2 is getting ready to rock out… In Germany

Readers may know that I enjoyed the Midge Ure tour of North America last year, and last month. I caught shows on both legs [I almost can’t believe I can say that…] and lapped up his great, stripped down electric rock show, in contrast to the acoustic/folkie show he was staging in the UK and OZ/NZ. Well, it looks like he’s taking it back to his roots for a German tour this Summer. Electronic rock music with a four piece band, this time! Get down with your bad self, sir! Tickets go on sale tomorrow here. Mr. Ure promises on his website that it’s time to get back to his electronic roots with a band that can play songs “that haven’t been aired in a while.” Hmm. That seems like code words for many of the same delights that we got in North America; namely half of the “Vienna” album. With a larger band, expect a longer set list that we go, lucky Europeans. For those in the UK who just had Ure touring with mandolin and violin as backing, he adds that he hopes to bring this big show to the UK for a leg afterward.