When CDs were introduced, obviously color photography had not been invented yet…

Yesterday’s post on this thread was K-L on the list of album still wanted on CD format…before it’s too late! For some reason, all of the archival images I’m dredging up to act as headers for this thread are in black and white, though this is the first one without some European scientist in the shot. RED = I have already made a CD of this. GREEN = awaiting remastering in my Media Empire Room. BLUE = I still need to buy this on LP to make a CD of it. I suppose it speaks volumes over what we have achieved in the 34 years of the CD by the names that I am now down to populating this list with. There are scant “A-list” albums that I am still holding out for. Today, the list will begin with an artist whom I had not even heard of until recently, and they are pretty much a cult phenomenon. I now give you…

This Canuck New Wave Combo first came to my attention on the Retro:Active 3 Canadian 12″ mix compilation. I was besotted by the dryly nasal delivery of presumably Maurice himself, who managed to give the song [“Softcore”] on that compilation more than a hint of the sort of delivery that Marc Almond had brought to the song “Sex Dwarf” a bit earlier. You have to admit that the band had some brass to basically walk around in modified Nazi uniforms with a (C) instead of a swastika on them! 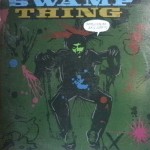 I first saw this queer album of Malcolm McLaren “Duck Rock” era leftovers in the bins of Armadillo Records during their Fern Park glamour phase. It was a promo copy and the appearance of the album came like a bolt from the blue. I’d heard nothing about this at all. Until recently, I wondered if it was a thing his US label had thrown together for some reason, but no. It’s a worldwide release. Of course, now hearing castoffs form the “Duck Rock” sessions are like scraps of gold culled from a jeweler’s bench! I should get the “Do Ya Like Scratchin’?”/”Would Ya Like More Scratchin’?” Ep to make this a twofer on CD, once I got down to it.

I am astonished that no one besides myself has seen fit to digitize the second, wonderful Metro album made by Peter Godwin and his compatriots after Duncan Browne flew the coop following album no. 1. It showed the singer and group, who would stick with him for several more years, making the adroit shift to New Wave from the band’s Post-Glam origins. 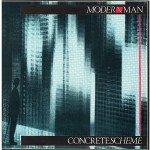 This one has been buzzing around my skull for over five years. These Scot New Wavers were produced by a pre-Ultravox Midge Ure, so it’s of interest just for that. Had I known about it back in the day, I might have already had this! One track here that you may have heard was “Wastelands,” later remade by Midge Ure on his spotty debut solo album, where it was the single that finally prompted me to actually buy a copy, six months later. Colin King and Daniel Mitchell went on to become Messengers after this album failed to ignite, with more Midge-produced singles following in the early 80s. I only have their godlike “I Turn Into You” 7″ which is a huge plus… yet these guys also co-wrote “If I Was” with Midge. Hmm. I still want to hear this. My wife was recently streaming a New Wave radio station and I was shocked to hear the original version of “Wastelands” playing and it sounded pretty different.

I once read a review of a single by these guys in Trouser Press and they were on my “should check them out” list ever since. A few years back, my friend Mr. Kane sent me a copy of this! I need to get the singles for bonus tracks and commit this to the silvery disc sooner than later!

The Nits – The Nits

I have all of the other albums of The Nits from 1979-2009. They are an impressive body of work that showed the Dutch band growing from New Wave also-rans to masters in their field. They now eclipse all of their influences in my mind, but the indie 1978 album evades my grasp. It probably will continue to do so as it is the most expensive album on this list so far. A copy of this will set me back about a quarter grand. Ouch!

Next: …Still more of this thread