This REVO edition had been buzzing around my head for almost the entire decade of the naughties. It was by that time that I had begun getting serious about compiling these discs that encompass the tracks that featured Howard Devoto that were non-lp and were not the Magazine rarities and B-sides that had already seen issue on the various Magazine CD reissues. This caveat allowed for the appearance of that band performing “Model Worker” live from the Urgh! A Music War soundtrack, which was otherwise lost in the mists of time; the sole Magazine track that is not accounted for on any of the fine Magazine discs available during the last nearly 20 years. 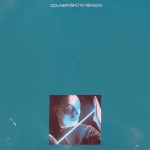 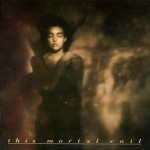 After Magazine fissured and ruptured in 1981 following the release of “Magic, Murder & The Weather,” Devoto laid low for two years. He finally emerged in 1983 with vocals and lyrics for three songs on avant gardist Bernard Szanjer’s “Brute Reason” album for Island Records. The trio of songs there were as inscrutable as anything he’d ever recorded with what can only be called his poetry and delivery riding on top of what sounds like Europrog not a million miles away from the sound that Eno achieved on “Another Green World;” specifically the tracks with Percy Jones on bass. I’d been searching for an affordable copy of that album for years before I finally found one that was right for my budget.

Following that uncommercial dalliance, Devoto appeared later that year with perhaps his most approachable project yet, his solo album “Jerky Versions Of The Dream.” Beneath the perfection of the Malcolm Garrett/Peter Saville cover (the former classmates had also collaborated on the Duran Duran single “My Own Way” and their collective magum opus, OMD’s “Dazzle Ships.”), the familiar names of Dave Formula, Laura Teresa and Barry Adamson turn up as Devoto delivered one of his finest singles in the evocative ”Rainy Season.” It was represented here by the 7” edit and the B-side to both the 7 and 12 inch single, “Rainforest (Variation N16).” The second single from the album was “Cold Imagination.” This track was the first of Devoto’s A-sides to ever be remixed for 12 inch.

Though I had earlier purchased all necessary Devoto solo singles for all variants of the tracks included here, 2007 brought with it the DLX RM of “Jerky Versions Of The Dream” and its rather complete selection of the single sides as well as the unreleased Peel Sessions. Needless to say, This was the source for tracks five through ten.

The year of 1984 brought only a single Devoto track, his cover version of Alex Chilton’s “Holocaust” on the first This Mortal Coil album, “It’ll End In Tears.” It’s interesting to hear Devoto couched in the “4AD sound” of post-new wave chamber music they proffered. Perhaps the biggest influence of this project on Howard’s career moving forward was his use of ex-23 Envelope designer Chris Bigg to design the covers of all of his subsequent releases by his group Luxuria. A gulf of three years followed the TMC project before the latter-day group emerged on Beggars Banquet records in 1987.

To comprise Luxuria, Devoto paired up with one Norman Fisher-Jones, a.k.a. Noko, who gave life to most of the music on their two albums. Their debut single, “Redneck” came in a stunning embossed paperboard sleeve with only the band’s and label’s name actually printed in ink on the cover. The album track, with its guitar solo of absolute perfection was unmolested for the 12” single, but the B-sides were two differing (hot) takes of Dylan’s “She’s Your Lover Now” placed back to back to get the blood stirred.

The final single from the album was “Public Highway.” The 12” featured a crisp 7” remix on the A-side with the B-side “Sickly Thug & I” also on offer. The disc’s flipside was an AA-Side; a fantastic extended remix of the track “Luxuria (The Wilderness Mix)” from the debut album. This certainly stands as Devoto’s finest remixed moment. He’s been one to shy away from the format, perhaps rightly so; but no one would look askance at the great mix that appeared here. The epic qualities of the track were certainly enhanced by the effort.

The next Luxuria Album evidenced the return on Dave Formula to the mix. Not only did he play but he was also listed as co-producer for the “Beast Box” album. The title cut, “The Beast Box Is Dreaming” was the leadoff single and the B-side “Useless Love” is of note in addition to the brutal (2:43) edit of the A-side on the CD single. Luxuria’s final single, “Jezebel,” the venerable Wayne Shanklin chestnut, appears with several B-sides in addition to its 7” edit on CD single. An instrumental version of the track “Smoking Mirror” from the “Beast Box” album appears as well as two live tracks recorded at Leicester Polytechnic on March 8, 1988.

Following these releases that failed to set the world on fire, or at least put a few Pounds in Devoto’s bank account, he made the pragmatic decision to eschew performing music as a means of support and got a real job. From 1991 to 2008, he worked as an archivist in a photo studio; pausing only to record the excellent Shelley-Devoto album “Buzzkunst” with his erstwhile Buzzcocks bandmate Pete Shelley in 2001. That release allegedly has a few rarities surrounding it but even in the world of the internet, not only have I not found these recordings for sale, but I have yet to see confirmation of their existence on anything but a Buzzcocks fan site.

One of the dangers of laboriously compiling projects like this one is that after years of hunting down the record, laboriously remastering from the vinyl and carefully designing the whole package, the real marketplace sometimes catches up with my aspirations. Two years following this CD package, Cherry Red went forward and re-issued “Unanswerable Lust” and “Beast Box” in a definitive DLX RM which also sported a third disc of the full Leicester Poly gig from 1988. Insult to injury? I only found out about the third disc in what I thought was a two disc package minutes ago, when researching this post. I should buy that for disc three, otherwise I may lose my Devoto stripes. Embarrassing! Of course in 2008, the decision was made to reactivate Magazine, but even that chapter in the Howard Devoto story has become a receding speck in the rear view mirror of the Monkmobile®. Where and when he’ll surface again is a cause for speculation, but until then, we’ll always have “Devoto Companion.”