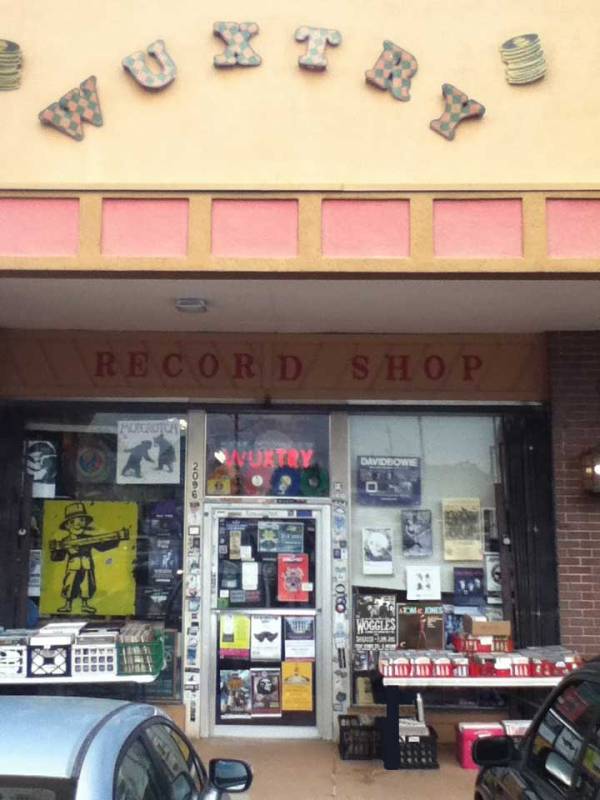 When I made my way to Atlanta to see Midge Ure a few weeks ago, I had already discounted the fine stores of Little Five Points that I normally visit on every trip to Atlanta already in my mind. Sure, sure. Wax ‘N’ Facts is always a great place to shop, and Criminal Records usually gives up the stock for cash most readily, but like the Midge Ure concert itself, I had some unfinished business from my 2012 visit to Atlanta. Back then, my friends and I were doing an Atlanta record store crawl and my budget for this trip [made on short notice] was woefully scant. Such that I was out of my stipend of cash by the time we made it there in the afternoon. Which was a shame, since it seemed to be packed with things that spoke to my tastes most extensively. 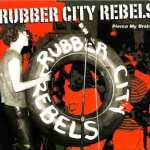 After a delicious early dinner at We Suki Suki near the venue, we trekked to Decatur to find Wuxtry for the first time in four years. The outside of the store had bins of el cheapo CDs and LPs for the always popular eight bits. My wife hit the vinyl side while I looked at the CDs. I was intrigued to see that I was finding things I’d be happy to buy for a dollar. In fact, I was finding enough intriguing things that I made sure to pore over each disc in the zone. The forst of which was a CD by the Rubber City Rebels. I’d been aware of this Akron punk band for years, but had never seen anything by them save for the single cut on Rhino’s “LA-In” New Wave comp in the Record Cell [which I’ve not yet played].

Next, eyebrows raised at not one but two Señor Coconut titles. Was one of these the infamous Kraftwerk Goes Latin album that triggered my radar back in the last 90s? Survey says… yes! Maybe I should have grabbed both, but “El Baile Alemán” went home with me. That other 6ths album I still needed? “Wasps’ Nests” was right there for a buck. I’d been wanting to hear Atari Teenage Riot for about 20 years. Today was the day for the cost of a soda. And finally, I’d treasured the comments that Momus [a.k.a. Nicholas Currie] had written over the last three or four years for the greatest Bowie blog, Pushing Ahead Of the Dame. His writing revealed stunning intelligence and insight and maybe I should have taken a blind leap and mail ordered one of his 30 or so albums just to hear the music he was making. I sure never saw his music in the bins I’d scoured. Here was a copy of the double CD “Stars Forever” for a dollar!! Score! We’d been at the store about 20 minutes and the so-called loss leader dregs had coughed up some solid music I was glad to buy. What would the inside of the store yield?

Next: …An Embarrassment of Full Price CDs