In 1987-1988, Icehouse went all Michael Jackson as the “Man Of Colours” album had an unprecedented five top forty singles peeled off of it in their native Australia. Only three of these got a release in the US, but “Crazy” rose to #14 on the Billboard Hot 100 with the followup “Electric Blue” hitting the top 10 at number 8. I finally managed to catch Icehouse twice on the subsequent grueling tour of The States. The first time was an awful gig opening for the last Cars tour at the USF Sundome in Tampa. Our seats were behind a column! Even though no one was in the hideous arena, the gig police would not let us move to see the band better. Hateful – like every other show at the Sundome. Fortunately, the album’s success found the band coming back through Florida later, and I also caught the band headlining at a summer Wet ‘N’ Wild water park show. Though not my milieu of choice, it was a fine concert that went a long way in making up for the first [non] event.

Another Michael Brauer remix on the A-side of this single. This also got an American release as the third single from “Man Of Colours” here, but I don’t recall it troubling the charts very much.

The delicate title track only got an OZ release on 7″ [though there was a promo 12″ – not remixed]. The non-LP B-side appeared only here.

Nothing Too Serious OZ 12″

The final OZ single also got a Promotional Canadian 12″ but no other members of the commonwealth shared the single. Two mixes here were by producer David Lord with the traditional B-side. 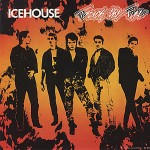 After the career best of MOC, Icehouse took a slight breather after the most touring they had ever done and went into the studio to release a few new singles. “Touch The Fire” had the stuff to be a decent American hit, but only Australia and Germany got the new song as a single release. The OZ promo CD had A/B sides plus a bonus live track of the great MOC deep cut, “Heartbreak Kid.” 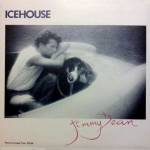 A second new single appeared in 1989, “Jimmy Dean.” This was an OZ 7″/cassette only with a B-side. Both of these last two singles figured on the first Icehouse compilation album, “Great Southern Land.” 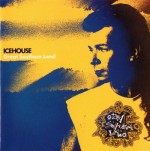 The various Icehouse territories each released their own mix of this album, which was a double LP in Australia. Many songs came and went, but the two of note here were Thompson + Barbiero remixes of “Great Southern Land” and “Sister” that were commissioned just for this compilation.