Heaven 17 Return To The Vinyl Frontier With Captured/Unseen 12″

Posted on October 5, 2016 by postpunkmonk 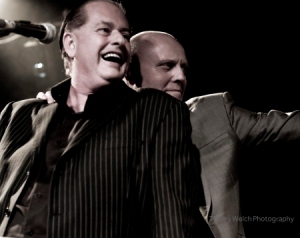 Tonight old friend and prime commenter chasinvictoria will be seeing Heaven 17 live at the Jazz Café in London. They have a second date tomorrow, with a few tickets left. Sure, sure. I’m intensely jealous, but I mean that in a good way. After all, after seeing/hearing their 2012 “Live At Metropolis” CD/DVD, this is now the band I want to see more than anyone except for John Foxx + The Maths. And they even managed to do an acoustic number [“Geisha Boys + Temple Girls”] on guitar without making me gag! Unlike Simple Minds, I am confident that it could never become their “new direction.” They are a much smarter band.

So Heaven 17 are about to embark on a special concert tour for the 35th anniversary of the seminal “Penthouse + Pavement” album [played in its entirety] along with a B.E.F. set that includes the wonderful Mari Wilson as one of the singers  as well as Glen Matlock of you-know-who and The Rich Kids. But before that happens, there will be a pair of shows tonight and tomorrow at the Jazz Café in London. Pure H17 and filled with deep cuts and goodness. I would imagine that chasinvictoria will get even a few Human League songs of Ware-vintage for his troubles, since that’s how H17 roll these days. But what good is a show without prime merch? When they toured two years ago they released the amazing 12″ single “Pray” b/w “Illumination” Today they have a new 12″ on offer. 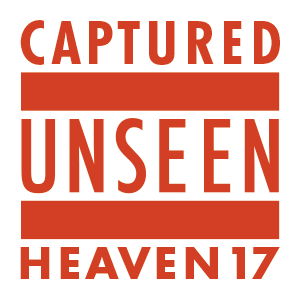 As with the earlier single, H17 may not have the patience for that we-want-it-badly next H17 album to get finished, but at least they are drip-feeding us the early mixes of hot material on 12″ single. And Mr. Ware says that this will have a DL code like the last single. It may take forever to get an album financed, finished, and released in these end times, but at least H17 will go down slugging. Their last 12″ was absolutely superb and I will definitely be ordering a copy of this… as soon as my finances can allow following the upcoming Midge Ure show in just ten days. I should be able to do something before 2017. For now, it can only be bought in two places. The H17 merch table and in their online store. Your choice of unsigned [£10/$12.75] or autographed for £15/$19.13, but if you want a signed copy, jump on that. They sold out swiftly the last time. Once this is in the Record Cell, I’ll report back with my findings.