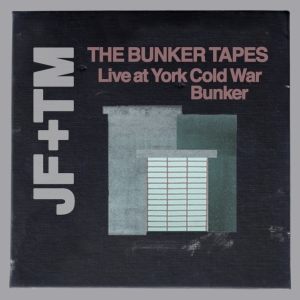 …24 hours later I have bought and listened to the new live Soundtrack recording of John Foxx + The Maths. It cut a crisp line between at least two separate nodes on the Foxxmap. A hybrid from the Cathedral Oceans approach of glacial beauty and the Ballardian side of Metamatic/Maths work… with a chaser of T-Dream for something new. Very tasty to get all of these flavors in a single meal!

Any expectations of a strictly Ballardian take on the music [understandable, considering the story that the play for which this soundtrack was based upon] were dispelled instantly when the ethereal abstract vocals of “Memory Oxide” took flight in a way that, as I am listening to it on ‘phones right now, caused all of the hair on my arms to stand on end. Can anyone besides Foxx fill my ears with such a near-crippling beauty? This would have been a centerpiece of “Cathedral Oceans IV” if it ever came to pass. It’s miraculous to hear the presence that Benge brings to this brand of Foxxtune.

Further Foxxian majestic melancholy was to come with the next piece; “Orphan Waltz.” The music was so present and “foreground” if you will, that its function as a soundtrack to a play seems almost prosaic in comparison. The vibe of “Meat + Metal” was certainly telegraphed by its title. This piece had more than a slice of the DNA from Pink Floyd’s “Welcome To The Machine.” This would not be the first time that Foxx had visited its neighborhood.

“The Other Mother” mated Berlin school lead lines with Düsseldorf school rhythms, proving that Foxx and Benge could unite the unruly threads of Krautrock with aplomb. “Transworld Airwave” was a moment of throbbing calm before the storm. I enjoyed the sounds of rhythmic respiration that drifted through this one like low lying clouds. It set the listener up for the grand finale of “Star Thief” very capably. This hissing steam piston of a song had some strong “20th Century,” “Film One,” and “Cinemascope” DNA liberally present. Another sonic gooseflesh pill to be savored. The CR78 rhythms set a foundation for the alarming, yet distant, lead lines that sounded as if they were flying in from the next county. Or maybe the “Travelogue” version of “Being Boiled” with a similarly glorious sense of peril at their malevolent core. As the song degenerated into chaos at the end fade, it was almost a rude shock to hear the applause of the 20 people in attendance at the end, reminding one that this was a live recording

I’mo glad that The Maths have been reactivated in such a fashion. The sense of beauty betwixt menace here was palpable and visceral. Made all the more potent by its relative brevity. One of the most delightful things about “The Bunker Tapes” was that it came without warning. Usually, when Foxx has a new release, the mailing list will drip feed pre-release hype to the faithful. This one just struck like a bolt of lightning. Here’s it is; available now. Download only. Though I prefer CD copies, this was immediate and thrilling. The low cost meant that near-instant purchase was a given. The Bandcamp account will deliver a wide variety of file formats, but I got a full CD quality AIFF file for my scratch, so zero complaints on the DL factor this time. This is yet another wonderful EP that Foxx has released in recent years. How many more EPs can Foxx record in his apparently liberal spare time? They have all been excellent and diverse, and there’s something to be said for getting in and out in less than a half hour.