This one was out for a bit but I am writing about it to remind myself that I still need a copy! For whatever reason, I totally missed out on Kissing The Pink’s debut album from 1983, for reasons probably owing to MTV. There may have been videos available for singles from “Naked.” I managed to own several US promos on Atlantic Records, but in 1983, almost all of my apple-seeding for new bands to love came via the form of music videos, and MTV was the 800 lb. gorilla of music video, and for whatever reason, they deemed Kissing The Pink off limits, so I never heard the band until they had shortened their name to the less inflammatory‡ “KTP.”

Now, KTP did get videos played, and I bought all of the singles and the CD of “Certain Things Are Likely.” It remains an acme of the PWL/Phil Harding sound. Relentless house club beats in the service of rather good songs, full of hooks and interest. By 2000, I had begun buying their singles whenever I saw them and I had both 12″ers from their second album “What Noise” courtesy of my last trip to Toronto and their fine record stores in 2001, but crucially, I had not yet listened to them. Typical, and I only had the occasion to finally hear “Kissing The Pink” some years later, when the “Naked” album made the domestic CD scene a decade ago. I bought the CD in 2006 during a bought of gratification and was rewarded with a fantastic album that I should have been all over like white on rice back in 1983! Demerits to Wounded Bird Records for including the entire six cut US EP that merely reused five tracks from the album with a single non-LP B-side providing worth. Thats’ right. Five of the six bonus tracks on that CD are the same LP tracks twice on the same disc!

Barring that poor judgement, I’ve enjoyed that album for a decade now, and my program to complete my collection of Kissing The Pink rarities for the inevitable BSOG® has not gotten very far, so I might as well buy this new CD to have [hopefully] nice masters of seven tracks that are lined up for that. Besides, if I buy a copy, it makes the likelihood of Cherry Red also issuing the “What Noise” album on CD [crosses fingers]. I don’t even have that one on LP as it’s fairly scarce. So what about those bonus tracks? What’s there? What isn’t?

This 12″ has an extended B-side needed. 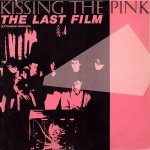 The 7″ here had the short B-side. BSOGs have both.

I have the extended B-side on the earlier US “Naked” and the other B-side of on the DLX “Naked,” so this is one of the few that I don’t have t0 still buy. 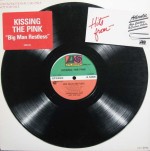 Finally, this US promo already resides in the Record Cell, but its content is on the new CD so it becomes superfluous.

So even after buying this CD, there is a lot of vinyl still needed for the planned BSOG® of rarities. It seems a Monk’s work is never done!

‡ It bears repeating that two years later on MTV, they had no problem playing an AC/DC video with the equally inflammatory title “Sink The Pink!” So apparently gratifying a woman orally was taboo compared to the old in-out… draw your own conclusions.