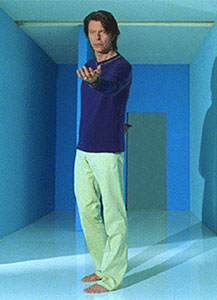 I got another David Bowie home video in 1998. I was sending at week at my company’s Reston, Virginia main campus and there was, of course, a record store nearby where I was staying, so naturally I ambled there to have a browse in the bins. Since it was the mid-late 90s, there were still lots of laserdiscs in evidence; oblivious to the fact that they would be obsolete in a mater of months as the just released DVD format would roll like a tank through the living rooms of the free world. One of these was the D.A. Pennebaker semi-legendary “Ziggy Stardust And The Spiders From Mars” film of the last Ziggy Stardust concert. So naturally, I bought one. My wife would probably want to see this piece of history as well, I thought at the time.

I remember that RCA released the soundtrack from this in 1983 when Bowie was peaking commercially with “Let’s Dance.” I had never bothered with getting a copy, though. The long discussed but kept in a box movie finally got a release at that time as well. I’m sure that RCA were happy to have something “new” by Bowie to sell back at that juncture in time. The Pennebaker film was a straightforward documentation of the show on 16mm film. It’s a snapshot in time, but not my Prime Bowie®.

1999 brought some changes to the Bowiescape. After nine years, his RCA back catalogue transferred ownership from Rykodisc to Virgin in America. Disturbingly, all of the bonus tracks on those discs [some for better, some for worse] were consigned to the dustbin of history. I became aware of this but did not yet act upon it. I still lacked four of his Rykodisc CDs at this time:

As the year progressed into the Fall, something would happen that finally prompted me to buy them; and then some!

I believe that someone had gifted me with a Best Buy gift card for my birthday that year. By 1999, they had marched into town a few years earlier and their attempt to wipe out all of the indie CD stores was successful enough so that their CD stock, once expansive and ridiculously cheap, was now a shadow of its former self. I found myself having a problem finding a single CD I cared enough to get, but the first week in October the new Bowie album dropped, and I might as well give it a spin. I opted for the limited edition 3D lenticular cover, which some erroneously refer to as “holographic.” Not quite.

The songs were a surprising throwback to the “Hunky Dory” sound and were a relief from the labored trendiness of his previous two albums, to put it mildly. The songs were very much a response to the middle aged singer-songwriter syndrome. They seemed confessional and concerned with mortality but one could not shake the suspicion that it was yet another of Bowie’s famous masks.  He was still collaborating with Reeves Gabrels, but this would be his swan-song after a decade as Bowie’s right-hand man. Apparently, the music came from music the pair did for a video game called “Omikron: The Nomad Soul;” wherein Bowie and his wife Iman were cameoed as characters in the gameplay. 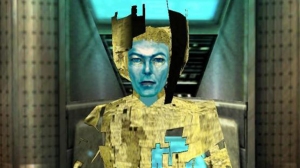 Bowienet had a contest to write the lyrics for a finished song and it appeared on this album. Alex Grant was picked by Bowie to co-write “What’s Really Happening” and the end result neither bored nor offended. There was even some instrumental music [presumably from the video game] that was a close approximation to the side two of “Low.” I found that my wife and I were playing this one a lot. This sounded like a less contrived Bowie album than I had heard of late. When I listen to it now, the loops used in its construction sound dead to me, but in 1999 we were more innocent. At the time I was really hoping for a tour, but that was not to be. Buying and enjoying the album to the extent that we did did manage to list a fire of urgency under me to finally get my Bowie collection up to snuff. Those Rykodisc CDs should be in the Record Cell before they were OOP rarities beyond my fiscal reach, and there were even more albums to finally consider.