The studio shots for this album were courtesy of… peter gabriel?

With an idea of what I was getting into, I bought “Black Tie, White Noise” the year following its release. Due to the collapse [immediately after release, actually] of the Savage Records label, who had the rights to the album in The States, it was easier to find a used CD of this title. I paid $5 via a mail order catalogue. When the CD arrived it was… interesting. It was like a good version of “Never Let Me Down” with the title artist attempting to re-connect with his mojo with a reasonable amount of success this time. Sure, sure. He wasn’t out of the woods yet. The “Let’s Dance” era still clung to his career like a pall of smoke.  It remained the line in the sand by which his artistic success would be judged, forevermore. Journalist the world over got a special key on their word processors that would spit out “David Bowie’s best album since Scary Monsters!” with a single touch. 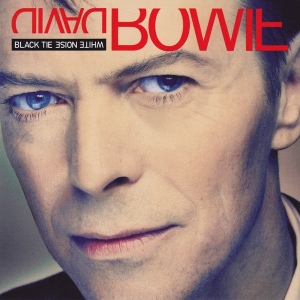 At least this time, Nile Rodgers got to make a somewhat interesting “David Bowie album” for this outing. The sound on it was all over the place. Touches of acid jazz [Lester Bowie played trumpet on it]. Whiffs of trip hop. Rock touched with a dash of hip hop. A duet with Al B. Sure [title track] that referenced “Atomic Dog.” Very hybridized at its most successful. The single track on it that fairly leapt out at me was a cover. By 1994, I had entered the Scott Walker event horizon. it would be a few years more before I jumped down that particular rabbit hole, but by 1994 I was peering over the edge; curious.

My entrée to the world of Scott Walker had been a 1981 compilation I had read about in Trouser Press magazine that Julian Cope had compiled: “Fire Escape In The Sky: The Godlike Genius Of Scott Walker.” A title that didn’t mince words got my notice, and I once had a conversation about it in 1985 with a staffer at Vinyl Fever in Tampa during a visit there.

By this period in the 90s, Scott Walker was bubbling up from the collective unconscious. I would read extensively about him for several more years, as a meta-influence on all sorts of musicians that I rated, before a friend of a friend happened to be a big fan appleseeded me with a compilation called “Boychild” after we discussed Walker on a road trip to see Kraftwerk back in 1998. Having finally heard Walker, I understood the hubbub, and have been following his fascinating career ever since. Suffice to say, huge chunks of David Bowie would not exist without his influence.  The song that Bowie covered on “Black Tie, White Noise” was “Nite Flights.” Hearing his cover still gives me gooseflesh 22 years later.

While the album had 5-6 strong tracks, it also had some stinkers. I had grown to love the songwriting of Morrissey, if not the man himself,  after hearing Smiths covers by anyone else. The worst gaffe here was a florid, repugnant cover of a solo Morrissey song that alerted me to the role that Johnny Marr played in the success of those songs. “I Know It’s Gonna Happen Someday” was a pastiche of “Rock + Roll Suicide” that we didn’t need to hear Bowie reclaiming. I almost enjoyed the album, and yet I still saw the “Buddha Of Suburbia” staring me in the face from the import bins in Park Avenue CDs and could not take the leap. Yet.

After buying the album, I went to my friendly neighborhood laserdisc dealer and ordered the BTWN laserdisc. This had all of the video and more from the CD-ROM in seriously better quality. This was a second Bowie laserdisc in the Record Cell, but it would not be the last that year. 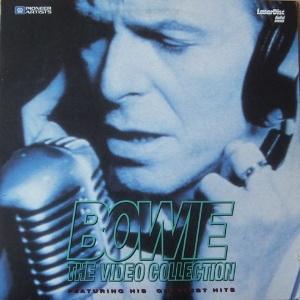 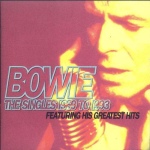 Now we were talking! This was the laserdisc edition of the Bowie video album that any fan had been waiting for since the advent of home video. Basically every possible clip from 1969-1993. Everything you wanted to see and much that you didn’t. It was 25 clips; much of it unseen at the time. Everything before the “Lodger” era was new to these eyes. It was the home video analog to the “Singles Collection” CD set that I never bought that came out in 1993 [see right]. I remember bugging my dealer for this as the manufacturing date for the laserdisc had gotten pushed back several times. It was a feast of Bowie music video, though. the two LDs I bought in 1994 had a lot of ground covered. But there would be one more home video I bought in 1994.

Next: …Shouldn’t have bothered