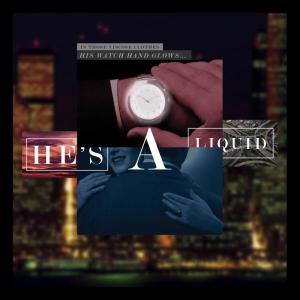 Well, it seems that hardly a day goes by without a new Foxx release getting ready to drop in the chute. Last week it was a new compilation and the arrival of the “Burning Car” LP in my mailbox that triggered a post. Here’s another limited edition that functions as a sequel to the intriguing “Exponentialism” EP of three years ago. That release was a CD EP of four tracks covered by two artists, but this time the format has shifted to 12″ vinyl. The covers are by artists all linked to Foxx in various ways.

Wrangler is the Stephen Mallinder/Benge/Tom Winter project I have nothing but time for. Of course, Benge was Foxx’s partner in The Maths. Hannah Peel toured live with The Maths in their four piece lineup. Xeno + Oaklander have mixed/been remixed by The Maths. The Soft Moon collaborated on what is now my favorite Foxx track of all time; “Evidence.” Finally, LoneLady was produced by Benge of The Maths, so she’s hovering on the Foxx periphery.

The record has the requisite Barnbroook cover we’ve come to know, love and yes, expect. There will be no CD this time, but the 12″ comes with a download code for maximum irony. We’re going forwards and backwards in time now; bypassing what used to be the present entirely. I should get used to it. My complaining does nothing in that regard. Especially when I still buy the vinyl. Act now as supplies are limited to 500 copies. Price is £10.99 [$15.79]. Order here, if you are also inclined.