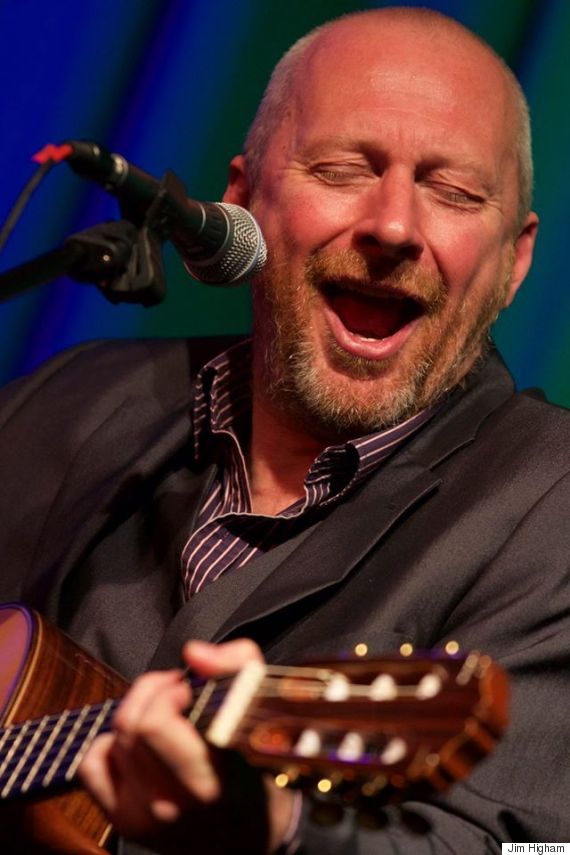 Following two weeks after a devastating auto accident that saw him unresponsive and in an induced coma, Colin Vearncombe died yesterday. Anyone who was looking out after him, probably saw it coming. That doesn’t make it any easier to swallow. I first heard of Black, his artistic alter ego, 32 years ago. 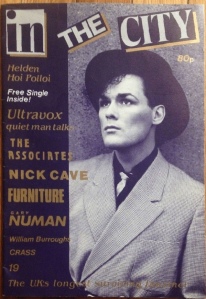 It was a positive review of the early WEA Black single “More Than The Sun” in the pages of In The City fanzine that first caught my eye, but the records were not forthcoming. It was not until three years later, when his fortunes saw him signed to A+M Records, following an unsuccessful [but very impressive, artistically] run of singles on WEA UK. I saw the video for “Wonderful Life” on 120 Minutes and made a bee-line for Murmur Records to buy the album from whence it came. It was my favorite album of 1987 and it’s not hyperbole to state that Colin was a beacon of quality for me in the largely dismal later years of the 1980s. When everything in the UK was PWL fodder, or house music, I much preferred the resonant, adult pop that Colin proffered. In many ways, his work filled a Scott Walker niche I almost didn’t know about at the time. I immediately set about collecting everything from Black that I could get my hands on.

I collected all of the singles, which were mostly on CD, thankfully. I found out about and mail ordered the UK version of the “Wonderful Life” CD which had five B-sides added to the running time. With “Wonderful Life” and “Sweetest Smile”  hitting the UK charts, WEA Germany rushed out a Black compilation EP/LP of most of the sides he recorded several years earlier. For over 20 years, this was the last new LP I had bought on vinyl, as strangely there was no CD of it, just a cassette. The next year bought the “Comedy” album which I made sure to buy on German import; bypassing the butchery that US A+M performed on it. The last three songs were lopped off and re-recordings from “Wonderful Life” and a B-side were added, depriving that album of its emotional arc and climax. 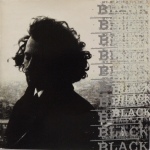 The third album was good, but didn’t evidence the progression that the second had made from the first. The inability to cull more hits following “Wonderful Life” making a splash across Europe caused much wailing and gnashing of teeth at A+M. When the eponymous third “Black” album failed to get commercial traction, Colin found himself cut free from A+M… thank goodness! Because then he linked up with Mike Hedges and produced his masterpiece, “Are We Having Fun Yet,” and had the cheek to release it himself. I was so moved by the audacity of this album, that I wrote the artist a raving fan letter. Work of that caliber where the artist had to make it all happen demanded encouragement. To my surprise, I found myself on the receiving end of a reply from Mr. Vearncombe a short while later. He graciously responded to my queries, and sent along a very posh Tomato-designed discography pamphlet, printed on synthetic vellum to address my pre-internet discographical queries.

Soon afterward, I met my wife and she took a shining to his music, so we more or less kept up with his career, as it involved many limited releases, purchased directly from the artist. I have probably bought more albums directly from this man than with any other artist in my Record Cell. That’s not to say that I managed to get all of the many live “Blacklegs” he released over the years. I will now have to get them as DLs at his Bandcamp store as the physical releases are long gone.

The music could be intimate and acoustic all the way to richly baroque and fully operatic. In 2002 he released a double CD of 30 songs recorded over a three month period. It was his “Sandinista!” with an acoustic guitar and harmonica rack; a way of fully documenting a creative period. He found a comfort with almost any style of performing as long as it served the integrity of his song. His dignified vocals as well as his self-deprecating wit will be sorely missed.  He is survived by his wife, Camilla and three sons. If you’ve not had the pleasure…