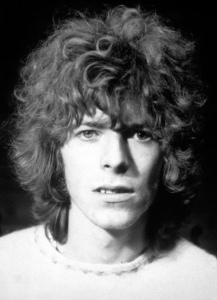 Every journey has to have a first step, so this was where mine began. The year was 1973. I was going to be ten years old by the end of the year. I had already bonded with my transistor radio two years earlier in 1971. I proceeded to lap up a diet of top 40 US hits via AM radio without any predetermined ideas. I had no siblings to point my way forward. My parents were a generation older than those of my friends. They listened to adult contemporary pop on the radio; certainly not rock. I watched TV shows that occasionally deigned to feature rock artists, but for the most part, the time period on TV consisted of  variety shows featuring various celebrities singing tunes from primarily the current hit musicals of the day, but not always. You haven’t lived until you’ve heard Eddie Albert singing “Guantanamera.’

In 1973 I was between fourth and fifth grade. A year earlier, my parents had moved from Los Angeles, California to Orlando, Florida. It had been quite a culture shock. The LA radio station I favored [KHJ-AM] had been a ground-breaking leader in the broadcast industry, and featured a pretty adventurous mix of music. I was exposed to pop, rock, funk, soul. The Orlando AM stations were much more conservative. Unless atypical artists “crossed over” into pop, they were hardly features of the WLOF-AM playlists. In the summer of 1973, to capitalize on the late-breaking success of the “Ziggy Stardust” album [finally] in America, RCA Records trotted out a reissue of the four year old “Space Oddity single from 1969.

I had never heard the song in the original year of its release. Pop music didn’t yet exist for me in 1969. I recall hearing the song with new ears as it began its climb up the US charts, oblivious to its vintage. I guess if RCA saw The moody Blues’ hit “Nights In White Satin” from 1967 trotted out five years later to reach number two on the US Billboard charts, this was certainly worth a try. I warmed to the song quickly and enjoyed having it move up the charts every week in a stately fashion. The song was certainly the first time I’d been exposed to alienation as a pop music theme. It was unusual then and still unusual today.

There was a melodrama inherent in the song that gave it a heart-breaking pathos that I could barely process as a child. The Gus Dudgeon production was cinematic and warm, which was good, because space was very cold. This song could have been terrifying to listen to. Especially as a child. If Major Tom was going to abandon the planet of his home for uncertainty, at least the orchestrations of the tune made it palatable, but that’s just the nine year old in me talking. In reality, Bowie’s producer at the time, Tony Visconti, had balked at producing the track; having considered it shoddy goods from the pen of Mr. Bowie. It then fell to producer Gus Dudgeon to commit the song to tape. He would then go onto to shepherd the early career of Elton John to much success.

In 1973 the song rose to number 15 on the Billboard charts, which was important since I listened every week to the Billboard American Top 40 countdown show. It was the only place where I got to hear certain songs. Songs like “Walk On The Wild Side” a year earlier by Lou Reed, and it had been produced by Bowie, though I had no inkling of that as a child. Still, “Space Oddity” was allowed onto the WOLF-AM playlists in spite of its unusual character. This was the song where I had noticed David Bowie and I wondered what music I’d hear from him in the future.

Next: …A huge leap