A Young Person’s Guide To “A Tonic For The Troops”

Posted on January 5, 2016 by postpunkmonk 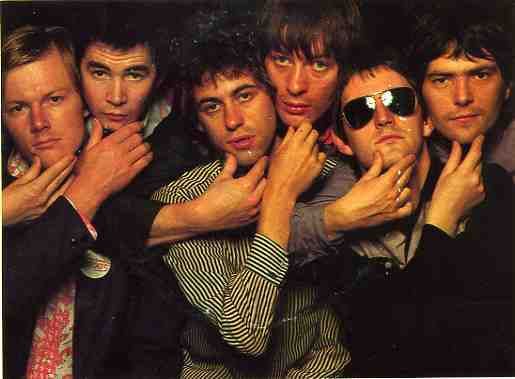 One of the bands that were there from the beginning for me when the New Wave finally hit my ears were The Boomtown Rats. I had actually heard the song “Rat Trap” from “A Tonic For The Troops” played on the conservative FM Rock stations where I lived during 1979. In America, the band’s sophomore album came out on Columbia after Mercury gave them a try with the first album and nothing happened. Columbia then released the rest of their albums; often in radically different forms, but that was not strictly the province of American record labels. How many distinct versions of “A Tonic For The Troops” am I familiar with? 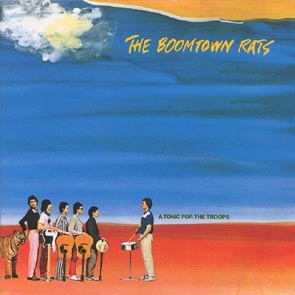 First, let’s get our bearings with the band’s original UK LP, released there in 1978. As we see the running order was ten songs. 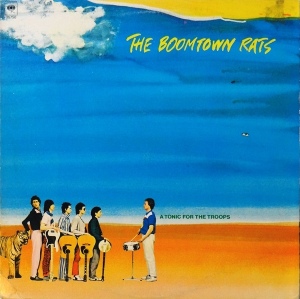 While this album was released in early 1979, my first purchase was actually their third album, “The Fine Art Of Surfacing,” which hit retail [even in America] in the Fall of 1979. It was a winter’s day in 1980 when I was attending some scholastic event off campus with a few friends and before we returned to the campus I suggested that we stop at the Record Mart in Oak Ridge Plaza for a quick bit of shopping, so I was technically hooking school to buy records with my lunch money! That was pretty wicked of me. Speaking of wicked, how did Columbia manage to put their stamp on this fine album?

Yow! How different could they make it? Is there even a single pair of songs that followed one another from the UK running order? Just one: “[I Never Loved] Eva Braun” and “Living In An Island.” Knowing what’s best for America, Columbia removed two songs from the album, “Can’t Stop” and “[Watch Out For The] Normal People.” The closing “Rat Trap” had been brought right up front to kick the album off. Which was weird, because then they brought the “prequel” to the “streets trilogy” that followed through on the band’s first three albums to the closing position. I could almost understand putting “Joey’s On The Street Again” first and still closing with “Rat Trap,” but that’s not what we had here.

That wasn’t the only ringer from the band’s debut album substituted here. They also added the 7″ version of the single “Mary of The 4th Form.” Elsewhere, the running order was almost random, but I can understand that they probably saw single potential in “Blind Date,” the best New Wave song The Rolling Stones never recorded. Having it kick off the pole position of side two I can understand. For a decade, this was my experience of the album, until Columbia released the CD of this version in the late 80s. I purchased it, naturally. And that was what I knew for another decade. 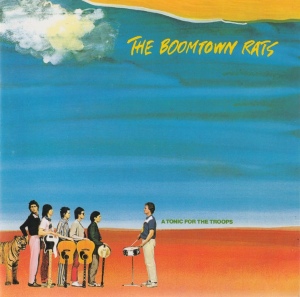 It was during my only trip to the Virgin Megastore in Orlando in the late 90s [1998?] when I happened across the UK CD from a few years after the US edition reached the shops. Noting that it had three bonus tracks appended to it, I bought it on the spot. It was later that I noticed that I was getting two more “new” songs to hear; the cuts lopped off of the running order by Columbia, but it was not until today that I realized that there was yet a third running order proffered by UK Mercury this time. “Island” and “Modern” have been switched in the program for reasons best left unexplained. Other than that, this was the closest thing to the original UK album on CD. Since the US CD had two tracks from 1977 that were otherwise never on CD [at that time and for years afterward], I kept my copy for a few years, though I gravitated to this pressing as my go-to copy of the album. I should mention that all of my Boomtown Rats vinyl got traded in during the Great Vinyl Purge ca. 1985. Naìvely, I had imagined that I would not have to wait 12-15 years for shiny silver discs of these albums. 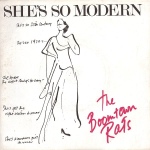 The B-sides were at least taken from the singles released from this album. “So Strange” was the flipside to “Rat Trap.” “Lying Again” was paired with “She’s So Modern” and  “How Do You Do?” accompanied “Like Clockwork.” All of these were strong songs; maybe even stronger than cuts like “Can’t Stop” or “[Watch Out For] The Normal People” that Columbia didn’t have much faith in. Stylistically, they stood apart from the rest of the tracks used, so I understand the decision to leave them for B-side material. It stood here until 2005 [and a few years]. 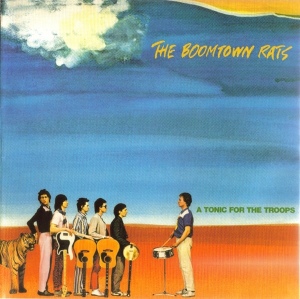 In 2005, after years of any Boomtown Rats CDs [there were only four of the six albums ever available] exchanging hands for sick amounts of money, UK Mercury got wise and roped in Bob Geldof and Pete Briquette to oversee “definitive remasters” of The Rats canon. Many of these DLX RMs have new running orders, this time courtesy of Bob Geldof and Pete Briquette, who had second thoughts nearly 20 years later and ran with them… but not on this issue! Yes, it actually features the original LP tracks in the same running order that the 1978 UK LP had! Where this one falls down was on the bonus tracks selected. The bonus four tracks appended were a rag-tag handful of head-scratching songs for this release. The Peel Session was for a track from their 1977 period, as was the B-side, “Do The Rat.” It hailed from the B-side to  “Mary Of The 4th Form.” By all rights, these two songs should have been on the debut CD DLX RM. “D.U.N. L.A.O.G.H.A.I.R.E.” was a 1981 flexidisc from issue 3 of the late, lamented Flexipop Magazine. In spite of remastering by Jon “Noise Reduction Abuse Poster Child” Astley it was clearly remastered from an exisitng flexi. Finally, an unreleased live take from 1978 of “Rat Trap” was added. Because. It’s spirited, but hardly necessary. The band sound like they were playing large venues by this time, remembering that “Rat Trap” made it all the way to number one on the UK charts.

So is this the “definitive remaster?” Though I consider Astley’s remastering work rigidly sterile [he won’t rest with the noise reduction until there is no longer any hiss from the master tape] there’s no denying that the intervening 13 years of technological change gave this edition far greater detail and definition… at the cost of some brickwalling, though I’ve heard worse. I had sold off my US Columbia CD of this title in 2000, but I retain the first UK edition for the B-sides. Your mileage may vary, but by all means you should own some version of “A Tonic For The Troops.” It was the album where The Boomtown Rats went from pub rockers to New Wavers with style and talent to spare. They vied with Elvis Costello + The Attractions as my go-to New Wave band for a few years.