Posted on December 4, 2015 by postpunkmonk

This album represents the end of the line for Jacqui Brookes worthy and interesting career in pop, yet it stands as the point of entry for me to her charms as a frontwoman. She had been in a few other situations before her sole solo album was released in 1983 by MCA. Her recorded debut was with the band Shox in 1980 at the dawn of the 4AD label, but their electronic pop was soon to fall out of favor there as the label found their legs. Next, she recorded a trio of singles for A+M with the band Siam [with John Pethers from Shox in tow as well] in 1981 but these never coalesced into an album situation. I have yet to obtain these but rest assured; they are duly on the ever stretching-out-to-infinity want list. Sadly, they are only available from abroad with commensurate shipping costs. The day I find someone selling all three, I bite the bullet and order. Except there’s still the matter of the posthumous live album…

She eventually found herself teamed up with Jimme O’Neill, ex-Fingerprintz with steadfast drummer Bogdan Wiczling. O’Neill had already proven himself a writer of hits for Lene Lovich [”Say When,” “Never Never Land,” “Sister Video”] and found in Brookes, a singer to team with on a set of high-tech, electro torch songs that were dynamic, yet coldly elegant. In the UK, the band were known as “Intro” and the first two singles released there [”Lost,” “Cocktails”] failed to chart significantly. These were produced between O’Neill and Laurie Latham of The Royal Family; Paul Young’s backing band. Much of the rest of The Royal Family were the backing band where O’Neill, Brookes, or Wiczling weren’t playing.

In other territories, the two singles were released under Jacqui Brookes name, and a full album, “Sob Stories,” followed with Latham producing. There was also a magnificent third single with the lush electro cover of Bacharach + David’s classic “Trains And Boats And Planes” as credited to Ms. Brookes even in the UK. All of these got the deluxe treatment with the exquisite 12” mixes and dub versions as heard on disc two of this set. Catching the video for “Lost Without Your Love” on MTV led me to this album, which to date I’ve only seen in gold-stamped promo copies. I have bought this album each time I’ve seen it in the bins; that is to say, twice. What’s it like? glad you asked. 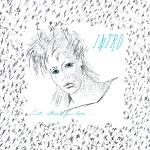 “Lost Without Your Love” kicked off the album like some sort of Arabic lightning bolt. The Venomettes [Marc + The Mambas] supplied the high-drama strings on this, and the second single from the album. Pino Palladino played the very-Karn-like fretless basslines here, and frankly, he was matched by other musicians that lent this song more than a patina of Post-Punk goodness. Jimme O’Neill’s high-tension guitar here was nothing short of fantastic! I don’t remember his playing on the Fingerprintz music as being anywhere near this stylish, but then again, it’s been a loooooong time. His playing here wants me to lump him in with Robin Simon or John McGeoch. Yes, he’s that good. His snarling leads formed kinetic bonds with Wiczling’s tense martial drums and beatbox. The middle eight where O’Neill took over on backing vocals almost sounds as good as JAPAN.

The use of foley effects to paint a wide, cinematic picture for this album began in earnest on the following “The One That Got Away,” with its seagull sounds painting a bleakly gray winter seaside portrait. Wiczling’s bongos were neatly offset by Palladino’s lurching, queasy bass lines. Ms. Brookes here really let it rip on the outro with some fabulous belting and ad libs. “The Cold Light Of Day” was carried by the jovial sampled calliope contrasting with Graham Preskett’s spirited gypsy violin. Again, thunderstorm foley effects figured mid-song to lend this all a cinematic air. The atmosphere of decay as the calliope broke down at the song’s end prefigured the miasma of doomed romance that was the album’s stock-in-trade.

Finally, “Another Place For A Dreamer” dares to hold out some glimmer of hope here, though the fantastic violin solo from Preskett for the middle eight offers no triumph; only heightened drama as per usual for this album. The segue between it and the final song on side one was nothing less than masterful. More foley effects join the tubular bells on the outro with steamship effects as the magnificent cover of “Trains And Boats And Planes” offered the nearest thing to hope on this darkly fatalistic album. When the looming bass synth broke into the mix it was a spine tingling moment that I never outlive. The lilting backing harmonies of The Fabulous Wealthy Tarts were truly heartbreaking here as once again the overwrought violin of Preskett and the fragility of Ms. Brookes performance take this classic song to the emotional brink. This was a magnificent New Wave Cover Version that I can never tire of hearing.

Then the centerpiece of the album began side two. “Haunted Cocktails” began with the moody violins and cellos of The Venomettes. Then the accordion of Krystoff Kavka [not an alias, I fervently hope] added the heaping helpings of French Chanson that were present throughout the album, but culminate most effectively on this song which was heavily pregnant with Gallic melodrama. The gentle Eurothrob of the bass synths and the staccato drum track then set the stage for Ms. Brookes to take the center stage on this simply amazing piece of work. Lowing cellos have never sounded so good next to pulsating synthesizers as they do here. The extended coda is perhaps more French than any actual French music [and there’s quite a bit] in my Record Cell.

“Just Another” was another fretless-led song that strongly recalled Bowie’s classic “Always Crashing In The Same Car.” The verses here really make me think of the verse structure of the latter. Listen below.

Then the second side got an injection of energy with the one upbeat tune here. “I’m Not Ashamed” was a bold riposte to a would-be emotional blackmailer and the one song here where Ms. Brookes didn’t have to play the emotionally crushed victim role. Foley effects of breaking glass once more added a visual flair to the storytelling here. Remember, this album was called “Sob Stories” for the best of reasons. This was effectively a concept album of an emotionally bruised protagonist twisting in the loveless, existential wind.

The album reached it’s dark emotional peak with “Thin Air.” Languid guitar danced with the slurred fretless bass here while the synths offered only enervated, skittering energy that become almost intolerable as the song progressed. The slamming drums echo the gunshots that are foreshadowed throughout the song. O’Neill’s solo on this one was scorcher and the drum breakdown in the coda actually delivered the gunshots that were always just below the surface of this incredibly tense song. It actually sounded like something that might have belonged on Peter Gabriel’s third album.

“Like love it disappears into thin air…” – “Thin Air”

The final song, “Departures,” was the descent into madness after the emotional storm of the preceding number. Given the heightened melodrama of Preskett’s pizzicato violin and the plodding, crashing synth percussion, Ms. Brookes was barely there as she offered only nervous laughter and fragmentary, emotionally battered vocals. This was a bleak ending for an album of advancing states of emotional decay and despair.