Record Review: The Human League – The Dignity Of Labour

Posted on September 7, 2015 by postpunkmonk 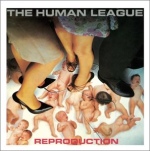 Today, as a special Labor Day post [even though I am off of work] I will discuss a relevant record, the first Human League EP issued on manager Bob Last’s Fast Product label prior to the Virgin empire snatching them up. In keeping with the unreality of this post, it’s not a record that I actually own in its discrete form. Though I once saw it in the Crunchy Armadillo Records bins, I passed on it back in 1982-3, for some stupid reason that I can’t account for now! If I were to see a copy, I’d buy it on sight now! It went until I bought the 1st UK CD issue of “Reproduction” and a full complement of bonus tracks that should have been there actually were.

This EP was the transitional record that The Future could have released before changing their brand to the more intriguing “Human League.” In other words, it’s full-bore instrumental, BBC Radiophonic Workshop-influenced instrumentals, with a side order of Wendy Carlos. While Parts 1 and 2 bear the stamp of Doctor Who soundtrack material, the more subtle, and musical Part 3 strikes one as bearing an influence from the all-important “A Clockwork Orange” OST. It’s classically oriented sequences and loops being far more musical than the grinding noises of the first two parts.

Part 4 began with the suggestion of V2 rockets falling during the Blitz, with more retrograde Radiophonic mood pieces following in the sounds’ wake. The music attained an elegiac feeling here as all concerned had grown up in the aftermath of WWII, which had a profound impact on the postwar generation where playing in bombed out rubble and even war-era rationing persisted through to 1954, just two years prior to Martyn Ware’s birth.

Finally, the “Flexi-Disc” was the most metacritical release possible. The contents of which were a conversation between manager Bob Last and The Human League on what it was that they wanted to actually put onto the flexi-disc! Eventually, the conversation ran to an explanation of the cover, in a manner of speaking. The Human League as evidenced by this record, was still enmeshed in the styles familiar to their earlier form as The Future. B.E.F. fans would no doubt recognize the early British Electrical Foundation sound here was well; albeit in a more primitive, monosynth forms. By the time of their next record, the revolution will have taken place and The Human League would have fully metamorphosed into a “pop band,” though clearly one of the most left-field pop bands of their era.

3 Responses to Record Review: The Human League – The Dignity Of Labour