Three British Bands That I Liked In The 90s: #1 – Saint Etienne 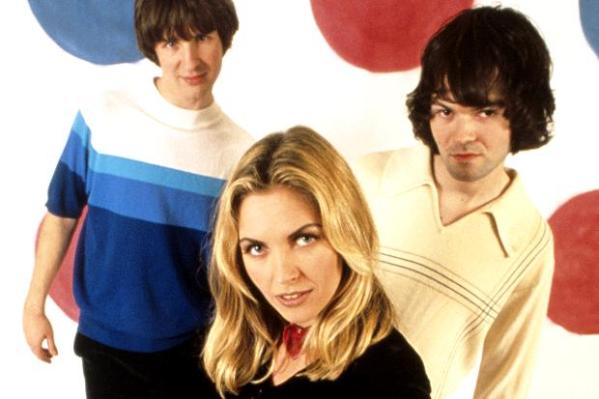 So with the photo post the other day, I suppose the 90s gauntlet has been thrown. It’s true. While I enjoyed my life in the 90s [actually more than I can say about the 80s, really] the one point of no comparison was when it came to new bands. My long term enjoyment of UK bands was definitely on the rocks as the late 80s rave culture was still dominant in the music scene. Following the mid 80s flowering of the NWOBJP, the ecstatic flow of UK club music on the underground side vied with the PWL steamroller to almost universally repel my normally inquisitive ears. It seemed to be music of a time of diminished expectations. In that sense, it perfectly reflected its zeitgeist.

It was during this time that I became a Francophile for a good seven years… At least until the French discovered hip hop! The new English bands that appealed to me the entire decade, can be counted on the fingers of a single hand. Of a woodworker… with bad judgement. I had bought the occasional album by English pop acts in 1990. A group like The Sundays was a perfect example. Not a bad album. I bought it on import long before they got signed to whatever label they had in The States. But one album of them was enough for my Record Cell. Not enough there there to bring me back for extra helpings. Multiply that experience by ten years, and you’ll have a good idea of what British music meant to me around that time.

In 1991, I managed to hear the first new UK act in about five years that managed to attract my attention. I spent a lot of time in my car listening to WPRK-FM, which continued to be the only radio station in Central Florida that didn’t repel me. My car only had a cassette deck and I had not made any cassette tapes in six years of buying CDs, so any tapes I had were of older music. I generally relied on WPRK for my in-car entertainment. It was there that I chanced to hear St. Etienne. I later bought a copy of their debut album, “Fox Base Alpha.” 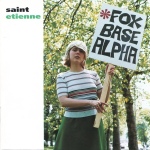 The band had some traits of the indie dance era that I had not really found terribly appealing. Sampling had gone off the rails by the mid-80s, and the ambient house scene often featured samples used in a non-musical context to provide the emotional vibe that was otherwise lacking in the faceless music being ground out like sausages. So there were a lot of samples bitten from films everywhere. Sampling, which had begun with the impossible sheen of utter modernism in 1980, had by 1991, calcified into an entirely regressive technique that was only looking backward. What hooks can we bite from old records?

I can’t say that St. Etienne were head and shoulders above this way of thinking, at least musically. They proffered an album with gentle house beats and drum machines, with plenty of atmospheric samples. The production style of the album was certainly of its era. What distinguished the album were several factors. Firstly, the vibe here was unabashedly retro with late 60s soul music being a strong thread running through the album even thought the chatter of drum machines and samples were right up front. The nostalgic air that pop scientists Bob Stanley and Pete Wiggs cultivated here had a heavy air of melancholia swirled through it all, giving me something a little more than could be found in the less emotional records that sounded, on the face of them. not wholly dissimilar to this one.

Secondly, the ratio of non-musical atmosphere to actual songs was just about right. This was the era where sampling collage began to overtake music as an expressive form. This would peak in the mid-late 90s with things I’d hear on WPRK being non-musical sampling collage with little musical content. At the end of the day, such efforts don’t connect with me emotionally. They are too abstract for me to bond with them. Here there were tracks like “Wilson” which were solely looped film dialogue over a beatbox. Tracks were bookended with samples taken from a wide variety of sources to add a sort of greek chorus to the album. There was enough of this to provide au courant novelty without taking up space better saved for music.

Finally, with main vocalist Sarah Cracknell, they found a lady who can hit the Motown/Philly Soul vibe with a mannered air of nonchalance that was simultaneously intimate yet ultimately cool. One got the thought that Sarah Cracknell was singing to/for herself even if she was addressing someone in the lyrics. But that’s okay. The effect on many of these songs makes me think I am listening to a Post-Modern remix of a group like The Three Degrees. It attains a vibe of sounding second hand even when the song in question brand new. The bittersweet nostalgia [especially reflected in the samples and the packaging of the discs themselves] is utterly endemic to the Saint Etienne sound. It’s comforting sounds in the wrong container that aren’t quite a perfect fit for them. The dissonance created makes them ultimately interesting.

Do I collect Saint Etienne? Absolutely not! I’m not made of money! I don’t even have all of their easy to get albums. I have “Fox Base Alpha,” “So Tough,” “Tiger Bay,” Good Humor” and “Tales Of Turnpike House.” My favorite was “Good Humor” due to the band moving away from the indie dance tropes that they waltzed in on and focusing more on what I would call classic songwriting. The band have an impossibly deep and detailed discography with as many fannish nooks and crannies as main tributaries. One could go deeply into debt trying to have everything. It’s a sign of moderation of my collector’s sickness that I can enjoy Saint Etienne without feeling the need to “have it all” as I so often do. If I see a Saint Etienne CD at a good [and <$5.00 is always good in my book…] price, then chances are I will purchase it. 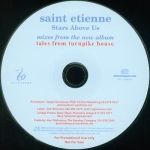 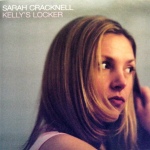 The only rarities I have in the Record Cell are the band’s debut CD single with the far superior early Donna Savage vocal version of “Kiss And Make Up” and a US promo CD5 of “Stars Above Us” US remixes from “Tales Of Turnpike House.” I also have the US solo album “Lipslide” and “Kelly’s Locker” EP from Sarah Cracknell which managed to be almost as good as a Saint Etienne release, so good for her. I also have the conceptually perfect Saint Etienne Daho EP “Reserection,” where long time Francophile favorite Etienne Daho collaborated with the band on a five track EP, with one song being an English version of his “Week-End à Rome.”

17 Responses to Three British Bands That I Liked In The 90s: #1 – Saint Etienne