This was another REVO CD that I had been obsessing over for about seven years of mail ordering scarce singles and biding my time until the German 12″ of “Riders In The Night” came through! I finally made this nine years ago and it’s one of the personal jewels in my collection of handmade CDs. I’ve written about Freur and their metamorphosis onto Underworld MkI previously, so I won’t get into too much reiteration. Let’s direct our attention instead to the contents of this set. 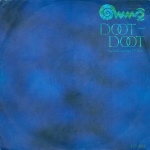 This set started out with the classic, Enoesque “Doot Doot,” best heard in its 12″ form. Gotta love those electronic crickets! It’s like the best track not on “Another Green World!” As per usual, the B-side is more extreme and vivid. “Hold Me Mother” was an extroverted electro-stomper. The poise and electronic elegance of “Matters Of The Heart” is a Freur high water mark for me. The 12″ version turned down the melody and faded up the dub effects for a bracing, yet ultimately less effective remix. You really should seek out the original! “Riders In The Night” had all the earmarks of a hit with its propulsive rhythms and compelling melodies and superb production. Yet it didn’t happen. Pearls before swine, I guess. 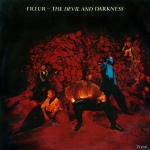 The singles from the second album period were dramatically different as the band had by then changed their spots to become a unique synth/folk music hybrid. “Devil In Darkness” was the only sea shanty I’d ever heard with Simmons drums thwacking around in the rhythm bed. I’ve already posted on “Look In Back For The Answers” years ago.

Disc one ended with some live tracks from a home video [New From London] that Sony released here [in the US] cobbled from full concerts that were released abroad. Somewhere, the full show was captured for home viewing, but I don’t have it. A dropout on “Tender Surrender” when playing back the ancient VHS tape for this CD gave me a real challenge in the DAW, but my edit worked as well as could be imagined. 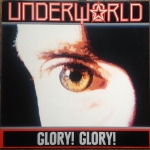 Disc two began with the two remaining Freur tracks before the Underworld Mk I phase gets underway. “Uncle Jeof” was a unique B-side in that it consists of seven minutes of tour diary recorded by Karl Hyde on a portable cassette in Europe. Then the band transmuted into Underworld Mk I. That material was far more commercial and “compromised,” but the B-sides “rocked” in a more familiar way. “Big Red X” recalled former glories with its dry, thwacking rhythm track and “Shokk The Doctor” managed to almost live up to the perversity inherent in such a title. “Stand Up [ya house]” was a house mix [can you tell it was then 1989 in the band’s timeline?] that easily is the least attractive track here. But hey, it was 1989! You had to do a “house” remix! It was the law. 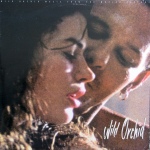 Disc two finished with “Promised Land,” a non-LP tune from the [surprisingly] halfway decent OST to the sleazy Mickey Rourke softcore schlock flick “Wild Orchid.” Underworld themselves would not see the promised land for another three years, when they burst onto the 90s dance scene and finally found their mass audience. But that’s another story yet to happen for me. This set represented the secret history of that band which was practically swept under the carpet once their star began to rise. The Freur material remains criminally undervalued to this day.

But wait! While grabbing images for this post, Discogs reveals a different release, heretofore unknown to me! Australia only were on the receiving end of a 12″ with two remixes of “Thrash” from the second Underworld album.

Maybe they had some traction down under? After all, my CD3 of “Stand Up” was won from an ebay auction originating from Australia. At any rate, it marks this set as flawed and now in need of a remaster. It’s sometimes just like the majors even down in the trenches where there are no lawyers or interns tapped to source master tapes that were curiously incorrect. Let ye without mastering errors cast the first stone!