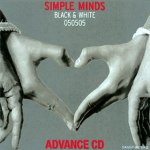 The “Black + White 050505” album was so named on the day the final mix was put to bed. The band were now signed to Sanctuary Records, much like any other performers of their particular vintage. The group were no longer working with Gordon Goudie this outing, but had instead linked up with Jez Coad, of the band The Surfing Brides;  the band from which Sean Kelly [who co-wrote “Spaceface” on the previous album] hailed from. Coad was not only in the producer’s chair, but also co-wrote many of the songs on offer and shared arranging credits with the band. Significantly, the band decided to enlist master mixer Bob Clearmountain to provide the all-important final mix. After two low budget albums of the band re-finding their footing in the new millennium, they announced that they were once again fighting trim and ready to re-stake their claim.

Sanctuary released the album in September of 2005, after releasing a pre-release single as a taster for the record. Word had it on sinpleminds.com that there was a release on US Sanctuary in the offing, so I patiently waited over a year for this to happen without grabbing an import. I had put the idea out of my head for quite some time until one day, I was perusing the used bins at Mr. K’s Used Books, Music and More sometime in 2006 when I saw the holy US advance promo CD of the title, which I eagerly snapped up. The back cover touted an US release date for September 13th, 2005 which obviously had never happened.

The album began with as potent a shot across the bow as they had lobbed in over 20 years with “Stay Visible,” a simply tremendous cut that was their best in decades. It began slowly with string patches and piano building up slowly over subdued rhythms for over a minute before Burchill’s guitar began riffing in earnest and the throbbing synths entered the intro. Then the coup de grace occurred when new bassist Eddy Duffy reached out and grabbed me by the lapels for the first time, truly, since 1984! This was the vital sound of Simple Minds returned home once again after an extensive period of wandering in the wilderness. Not coincidentally, it has been reported that Mr. Derek Forbes contributed to the recording of demos for this album [prior to running off and joining Spear of Destiny for a time], leading me to suspect that this track has his spoor all over it.

Then, at the 1:30 mark, Jim Kerr began singing and the deal was sealed. This was the pulse-quickening, atmospheric rock sound of their salad days reconnected with the all-powerful bass playing that was always the central trait to their music but which had been missing for ages. That Kerr was singing with power and passion that studiously avoided ham-fisted overstatement meant that the band had reached a new plateau of confident accomplishment that emphasized their strengths while shunting aside their weaknesses.

Next came the pre-release single from the album. This “Home” was erected on a sturdy Roland CR78 ticking away as Mr.Burchill proffered a sturdy, questing guitar riff and little else than that. Kerr stuck to a modest delivery appropriate for the mid-tempo rocker. That it was a mid-tempo rocker was more indicative of a potential problem. Such material was polite, and bore the mantle of Simple Minds at their least objectionable. It was infinitely preferable to me than the content of whole albums like “Street Fighting Years” or “Our Secrets Are The Same,” but coming right after the absolute high point of a song like “Stay Visible” seemed to indicate that the band might have used up their best ammo in the first shot.

Much better was the second single picked for the European market. “Stranger” was an inventive, upbeat number co-written between Kerr and Daniele Tignino and E. Pat Legato, who had contributed the excellent tracks “New Sunshine Morning” and “Sleeping Girl” to the previous album. This song was constructed using a clattery drum loop for the verses that contrasted nicely with the soaring choruses. The arrangement of this one was superb with every section of the song offering something different and novel. I loved how the song dropped out in the middle eight, bringing only the excellent backing vocals by Tignino and John Biancale to the fore. They split the harmonies by an octave for a fat, vibrant sound that wouldn’t quit. The clean, trebly Burchill solo the followed in the song’s climax touched on a surf feel that he’d never previously ventured near. 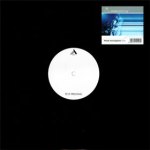 The third, Italian only single came next. “Different World [Taormina.me],” was a synth driven rocker that was typically moody and mid-tempo; reflective of where this album was headed. Thus far, only two songs differed from this formula, and the next song didn’t step out of line, either. “Underneath The Ice” was similar enough to “Different World” that it started out sounding to these ears like a dub of the previous song. The eerie backing vocal treatment and muted rhythm track lends it what distinction it has until the magnificent guitar solo at the song’s middle eight bursts out of nowhere and banishes the haze with brilliant beams of emotional sunlight that were becoming increasingly atypical for this album. Would the band be able to moderate the light and dark implied in the title in the remaining half of the album?

Next: …Dragging me down