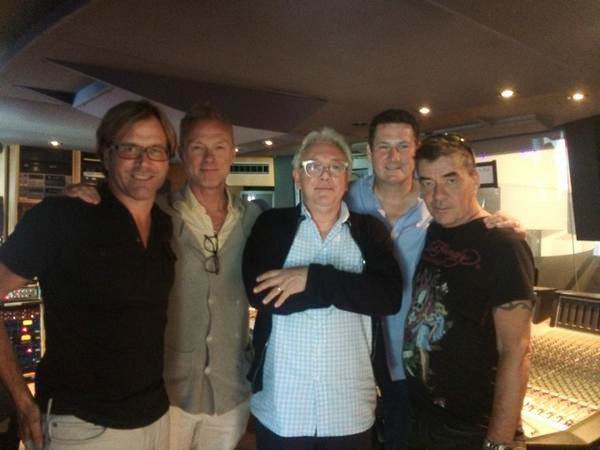 The proof is in the pixels: Not only did SB bury the hatchet after 17 fractious years, but now they’re working with TCH after parting ways during pre-production for “True.”

Well, it’s good to be back. I just had a viral infection and long-term fever that lasted for just over a week. I missed a lot of work, and of course, many lunch hours! I woke up last Thursday morning at 2 a.m. with a 102.5º fever and the need to have a warm shower to cool down was necessary, but even in my most feverish delirium I would have never imagined the news that came down the pike last week confirming that not only were Spandau Ballet recording a “real” new album, but that master producer Trevor C. Horn was at the controls!

It’s so crazy, I have to say that thoughts of Spandau Ballet predominated my recuperating mind this weekend. The CBS years were less than adroit, to put it mildly. The last Spandau album, 1990’s – so tepid it was actually cold  -“Heart Like A Sky” did not inspire much beyond inertia. When the band split up after their last tour, I was fine with that response. Frankly, I could hardly imagine a worse album to follow, but I didn’t want them to take that chance! Then came the 90s with the Kemp brothers and the Other Guys squaring off in court on songwriting royalty issues. It ended [badly] with Keeble, Norman, and Hadley losing the court case against the Kemps and veritable rivers of  the worst blood flowing between them for almost a decade. Adding insult to injury, Hadley + Co. could only tour under the name “Ex-Spandau Ballet.” 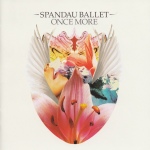 No one was more surprised than I was to see then group reunited in 2009 for a “Reformation” tour. A quickie acoustic album, “Once More” of catalog re-recordings and two new songs was hastily rushed out to accompany the tour, but I didn’t take the bait.  Then all seemed to go quiet for a year or so. The silence was punctured this Spring when news of “Soul Boys Of The Western World” reached the trades. This was a definitive film bio of the band enriched with all of the volumes of band-shot 8mm footage in their archives. It had its world premiere at SxSW this year, and the band finally made it to these shores for a concert on American soil! Their first since 1984 and the aborted “World Parade” tour. I had a ticket to see it in Tampa, Florida but Steve Norman’s broken leg put the kibosh on that fun.

Trevor Horn was once an obsession; now he’s more of an enigma. I used to studiously buy every record he was attached to during his ZTT heyday but by 1985 and the “Slave To The Rhythm” album, he had seemed to peak. His tech became widespread in the mid 80s and he seemed to flounder, in spite of his superb musicality, which was his real advantage as a producer. He did some Pet Shop Boys and Act tracks which were excellent, but then he produced my least favorite Simple Minds album, and brother, that’s saying a lot. He produced Seal, which I didn’t really listen to. The last Horn production that reached my ears was the enjoyable Marc Almond album “Tenement Symphony.” <looks online> Holy Toledo? He produced a hell of a lot of Rod Stewart tracks in 90s!

People, level with me here. Is the notion of Trevor C. Horn [possibly shorn of his Theam] producing Spandau Ballet in 2014 a good thing, or a bad thing? Because I’m pretty clueless at this point but yikes, seeing all of those Rod “The Mod” Stewart credits at Discogs.com give me the willies. I’m willing to cut the band some slack. They have to make a good album this outing, but is Horn the man to facilitate this? I dunno.