Matt Bianco: Half A Minute 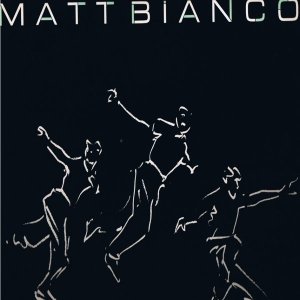 When I bought the debut album by Matt Bianco in 1984, the cut that leaped off the wax to lodge deepest in my ears, was the track that the band’s backing vocalist, Basia Trzetrzelewska, took her sole lead on. Not that lead vocalist Mark Reilly was chopped liver, but the chops that Basia brought to her delightful vocal arrangements strongly made me a fan from point zero. Though I didn’t know it at the time, this was the fourth of five singles peeled off of the “Whose Side Are You On,” making it a veritable greatest hits album as well as being an excellent example of the NWOBJP trend, which by this time was in full swing.

It was during my first visit to Tampa’s Vinyl Fever in 1985 on the occasion of a Tears For Fears concert [not good] at the USF Sundome* that my crew and I hit the legendary store where I found this 12″ single; the first Matt Bianco record I’d seen since buying their album [not easy]. The A-side had been gently extended in the accepted styles of the day which were just about to undergo a radical change in the next year or so. Not here, though. The arrangement was padded out with easy vamping and the results bore the full stamp of the original. The carmel-smooth sax of Ronnie Ross was a particular delight of this song, next to the dulcet tones of Ms. Trzetrzelewska herself.

The B-side, was an LP track that was also extended. The spy-fi intsro “Matts Mood II” closed out side two of their album proper, and here was given extension at the hands of mixmaster Phil Harding, who had engineered the full album as well. The dance vibe was always there in his work, though it was flavored with jazz for his Matt Bianco work. It was still jazz pop that met the dance floor halfway. If I had to hear DX7 keyboards, they were at least better suited to this genre than my beloved Post-Punk. If Post-Punk wasn’t already dead by this time, surely digital synths would have liked it off.

Within two years of this single, Basia had begun her solo assault of the charts with Danny White in tow, giving the world albums full of music that had the fine qualities of this single. I was pleased to hear “Time + Tide” but as an early fan of her Matt Bianco period, this single was the blueprint and harbinger for her eventual solo career.  When she and Danny White rejoined Mark Reilly in 2004 for the “Matts Mood” album, that was a return to roots that I’ve yet to see a copy of. Until then, my eyes are open.

* – Fact: No concert at the USF Sundome is ever good…

10 Responses to Matt Bianco: Half A Minute