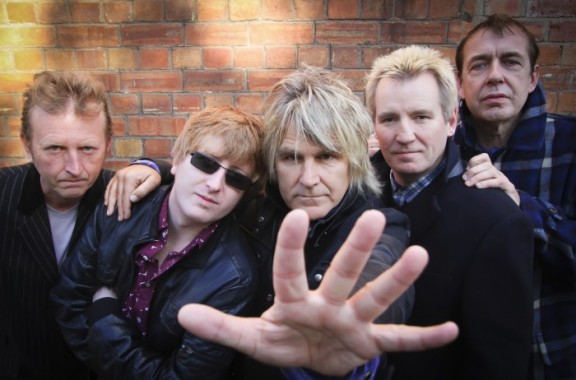 Oh dear. I just got wind of something that should be significant for me and yet my Spidey-Sense® is tingling. And not in a good way. Longtime readers may be aware that my esteem for original Simple Minds bass player Derek Forbes knows no bounds. Quite frankly, I believe him to be the reason why those first seven albums hit me like the proverbial ton of bricks. In the 30+ years I’ve lived with them, it has literally gotten to the point where all I hear when listening to them now [and I listen to them more than when new] are the incredible basslines that Forbes constructed.

Forbes’ facility with basses; fretted and fretless, and his instincts in constructing rhythmic foundations served the early Simple Minds material fantastically well. The group are capable of making very good music in his absence, but without those vital bass underpinnings, they will always hit a glass ceiling that insures that their current material will always compare badly with their albums from ’80-’83. This is no slight to Kerr and company today. They seems to be honestly trying hard and their results are nothing to be ashamed of. I value the current work considerably, it’s just nothing on material from “Empires + Dance” or “Sons + Fascination,” is it? It’s just my opinion on the matter.

As late as last year, I could have hardly imagined that Derek Forbes would be playing within 90 minutes of where I live but if he had, in any context, I would have been extremely charged up by the news. I would have made the trip just to genuflect at his feet. Now, I’m not so sure. First of all, late last year he replaced Tony Butler in Scot rock group Big Country. And now the almost-Big-Country-In-Name-Only band will be playing 90 minutes away next month. Some caveats are in order.

I am not not now, nor was I ever a fan of Big Country. Sure, Stuart Admason was a talented guitarist. I hold his work in his previous band The Skids in high esteem indeed. The Skids were a band that could compare with Simple Minds on equal terms as peers. Big Country were a dumbed down U2 also-ran group, in my opinion. [A fate that would also await Simple Minds during their dark days] They proffered “The Big Music” as the UK press deemed it. Not only was Big Country’s music less than svelte to me, I had a big problem with Adamson’s vocals. The way he strained while singing caused me sympathetic throat pain just hearing him reach painfully beyond his range! Case in point: I did not like Big Country. At all.

Of course, over a dozen years ago Stuart Adamson ended his time in Big Country the hard way, by suicide. The band continued on for a while with Tony Butler on lead vocals, but in 2010, Mike Peters formerly of The Alarm, joined as their new lead singer. I am not now, nor have I ever been a fan of The Alarm, either. At the very least, Peter’s vocalizing didn’t hurt to listen to. Who knows? He may make for a more appealing lead vocalist than Adamson was for me. I should listen to samples of their new album, “The Journey.”

Well, I listened to the samples on iTunes. It was certainly nothing to cross the street for. Barring the fact that Peters does not strain his voice while singing, it was about more or less what I’d expect to hear from Big Country. Earnest rock music. Zzzzzzzz. And as for Mr. Forbes, what has he done for me lately? Though I hold his Simple Minds run in the highest possible esteem, after that there was but a single performance on a single song he gave that was as good; his playing on the simply amazing track “India” from Billy Currie’s wonderful first solo album, “Transportation.” Elsewhere he seemed to have lost the plot. Inserting him and Brian McGee into the Brücken-less Propaganda for their disastrous second album seemed like a great idea on the face of it, but the results did most certainly not bear this out.

So what I’ve got is Derek Forbes playing bass in a band I don’t like, with a singer from another band I don’t like, playing material that I don’t like, but it will doubtlessly be the only chance I ever have to see Derek Forbes, my favorite bass player, play a concert. It’s at The Chop Shop on Charlotte on August 9th. Should I go? This situation is now reminding me of my thoughts regarding my first trek to see Simple Minds in 1986. The band was then sans Forbes, pushing an album I didn’t like, but I reasoned that I may not get another chance to see them so I went… and deeply regretted it. Feel free to discuss below.