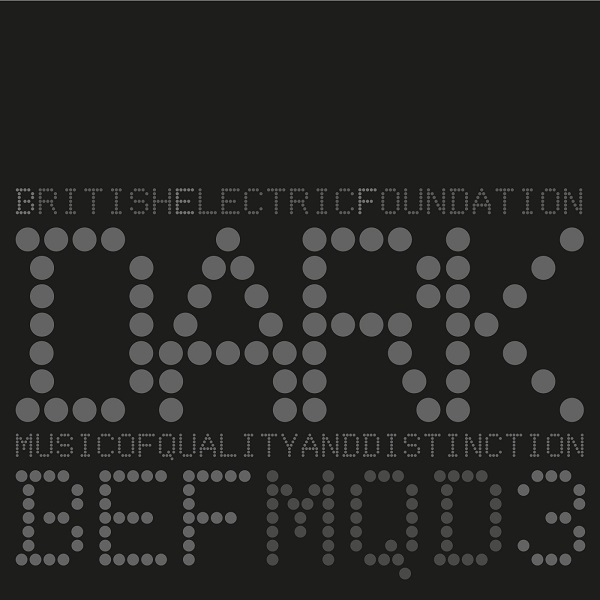 I was beginning to think several years ago that the possibility of Martyn Ware gifting us with another B.E.F. “Music of Quality + Distinction” volume was increasingly remote. Then he shared the concept and I had to await the results in my Record Cell with no small amount of patience. But he has made good on his promise and the results are incredible! Given that he financed it all on his own with artists working “on spec” for the love of doing it means that everyone is engaged for the right reasons; the love of a song and crafting a new interpretation of a venerable classic.

Ware’s idea was to adopt the methodology he applied to the Human League’s astonishing cover of “You’ve Lost That Loving Feeling” from their debut album “Reproduction” and apply the same rules to a whole selection of pop material that ran the gamut from Iggy Pop to Frank Sinatra. The brief was to take a dark, electronic, cinematic vibe and apply it to previously happy songs. So the mainstream r+b of Volume 2 is only touched on peripherally. The quirky synthpop of Volume 1 is a larger touchstone, but the Human League cover really is the core of where this ship is heading.

Speaking of Human League, the opener by Ware’s old pal Kim Wilde is an insane cover of a Stevie Wonder song I was not previously familiar with. I’ve always been sort of cool to Kim’s merits, but maybe it was the setting she was used in that didn’t do it for me. Here, Ware’s collaborator Brian Duffy has dropped the thrush into a music bed entirely crafted from a vintage Roland System 100 modular synth as used on “Reproduction!” It begins with a few random notes not miles away from “The Dignity of Labour” and then begins its pulsating journey into the heart of desire. Any chance Kim can get Martyn Ware to produce her next album? I’m willing to buy! More analog modular synthesis, please! Why let Benge have all the fun?

Green Gartside continues on from his Vol. 2 appearance with a great cover of The Delfonics “Didn’t I Blow You Mind This Time.” The result doesn’t break any new paradigms, but let’s face it; Green was born to sing this song, and you really wouldn’t want to hear him singing it over a minimal techno music bed. His vocals are perfect, and his phrasing accentuates the dark ambiguity always there in the song but not usually noticed. At the very least, this will hold his fervent fans over until the next Scritti album drops. Again, why not let Ware produce it, I ask?

Sarah Jane Morris you may know from her singing with The Communards, but I’d not had the pleasure. Her bluesy take on John Martyn’s “Don’t Want To Know” is a feast of her multi-tracked vocals. Like all of the vocalists here, she brings enormous character to her performance. This is an album of singers to savor in a dazzling setting. I love how the track drops out to the stomping percussion track over the outro.

I am currently obsessed with Kate Jackson’s life-changing cover of Blondie’s “Picture This” that shot shivers down my spine the first time I heard it and continues to do so even as I type these words with the album playing on my earbuds. The string arrangement by Marvin Ayres is absolutely stellar and Ms. Jackson wrings new poignance out of the very familiar Blondie classic. Ware admits weeping upon hearing it in the booth when recording and you’d have to be made out of clay not to respond to a performance like this! The song has a new owner as I simply can’t shake this heart-rending version of the song. Definitive.

I’d not heard anything Andy Bell had done following the Erasure album that… Martyn Ware produced 20 years ago that stands as the final Erasure recording in my Record Cell. He and Ware are inveterate Kate Bush fans and took the opportunity to cut Bush’s eerie nuclear anxiety single “Breathing” from 1980. It’s an ear-opener to hear Bell make this song his own, even as I’ve been trending further downward on my lapsed [25 year] Kate Bush fandom lately. He invests the track with new life and as far as I’m concerned, here’s another song on this album with a new owner. I love how the rhythm bed degenerates as the song reaches its climax.

Next: …Chairman of the [Circuit] Board