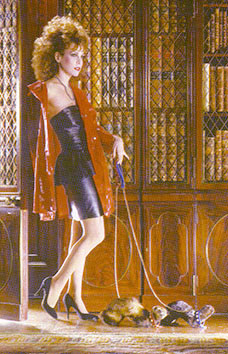 Minx of a different kind… Cristina in 1984

Following the murmuring crowd at the end of “He Dines Out On Death,” the program of bonus material added to the CD re-issue of “Sleep It Off” begins. Given that the artist spent over a score of years following this recording without setting foot in a studio again, the fact that five of the six bonus tracks are previously unheard is a true cause for celebration. That none of them do anything to diminish the artist’s legacy but in fact serve to enhance it, is nothing short of miraculous.

“Smile” had reached the public earlier on 1983’s Was [Not Was] opus, “Born To Laugh At Tornados,” as sung by The Knack’s Doug Feiger. Here, it would have partnered with “Ticket To The Tropics” as a lighter moment in the program. It’s an old producer’s trick to foist one of their songs on an album to increase their take on the job with some extra royalties, but really, Don Was already had plenty of co-writing credits here. This song, while great, was merely sarcastic …and Cristina was packing much more powerful ammo here. It didn’t quite pack the wallop that the majority of the material did. It did, however, point to a delightful road not taken, where Cristina might have appeared on later Was [Not Was] albums as a guest vocalist when they were in need of an injection of some real venom.

For a singer and writer who knew from her Bertolt Brecht, you could hardly get further down the Brechtian scale than Cristina did with “Deb Behind Bars.” It manages to sound every inch like a lost Brecht + Weill song given a production in this version, as it would have gotten in the Weimar Republic with just acoustic guitar, bass, xylophone, and metronomic rim hits. This particular song sounds like nothing else in Cristina’s body of work. Her declamatory vocals sound perfectly at home in this construction since Cristina is more properly a song stylist rather than singer.

The song “Things Fall Apart,” which was my introduction to Cristina follows. It was taken from the iconic “Ze Christmas Record” and if you look carefully, you can see the UK 7″ cover image in my blog background. It’s a record that means that much to me! The version here is from the 1982 version of the “Ze Christmas Album” that has the alternate final verse about “catching a cab back to her flat.” The song was the first union of Cristina and the production of Don Was, and it sounds incredible. But it wasn’t a foregone conclusion that Cristina and Was would necessarily work on what was her next album. Between cutting this single, she decamped to Compass Point Studios in Jamaica. But sounding like Grace Jones wasn’t the goal.

Cristina was also paired with Robert Palmer who was coming into his New Wave period having released the excellent “Looking For Clues” and in the process of moving toward the quirky electro-funk of “Pride.” With Palmer playing all of the instrument and producing, the resulting New Wave cover of Prince’s “When You Were Mine” feels like a lost DEVO production as viewed through a fun-house mirror. The song gets many more frissons of tension for being sung by a woman and the singer herself applauded the “decadent, Gidget-goes-trisexual” vibe” in the CD’s liner notes.

When the “alternate version” of “Deb Behind Bars” appears, it could hardly be more unlike the tentative first version just two songs previously. The arrangement here is an astonishing metal-cum-reggae number with an underlying guitar skank line joined in by some Priest-like bludgeoning riffola during the vehement chorus. The song sounds like it would have been right at home on “Sleep It Off” and Cristina’s delivery here is as powerful as it was on her electric cover of “Blue Money” on the album. Except that there were even stronger songs to take its place on the album, hence its appearance here.

One more number from the Palmer sessions closes out the extended program on the reissued CD. “You Rented A Space” sounds for all the world like a lost  music bed from Palmer’s “Pride” album, with evasive programmed drumbox rhythms interlacing and percolating through the proceedings while being heavily seasoned with stabs of synths. It really makes me think that Palmer should have tried to do a Todd Rundgren and play/produce everything on his own albums since the results were so engagingly left field and appealing. “You Rented A Space [in my heart]” is Cristina adopting a florid Southern Belle persona for this song and the resulting recording is another intriguing road less taken for her brief career arc.

Having these recordings reach my ears 20 years later was like receiving an especially welcome gift. For all of the 80s and 90s, it seemed as if no one else had remembered the audacity of Ms. Monet. This changed in 2003 with the wonderful Ladytron raising her profile when they included the most vital “What’s A Girl To Do” on their “Softcore Jukebox” mix CD. This CD appeared the next year along with a renewed presence of Ze Records on the web, now making all of that gold available for purchase again. While reading the current Cristina page on the Ze site while researching this posting, I was gobsmacked to see that in 2006, Cristina had recorded a song called “Urgent/Anxious” with Ursula 1000 and I quickly sought out further information on this most welcome phenomenon! 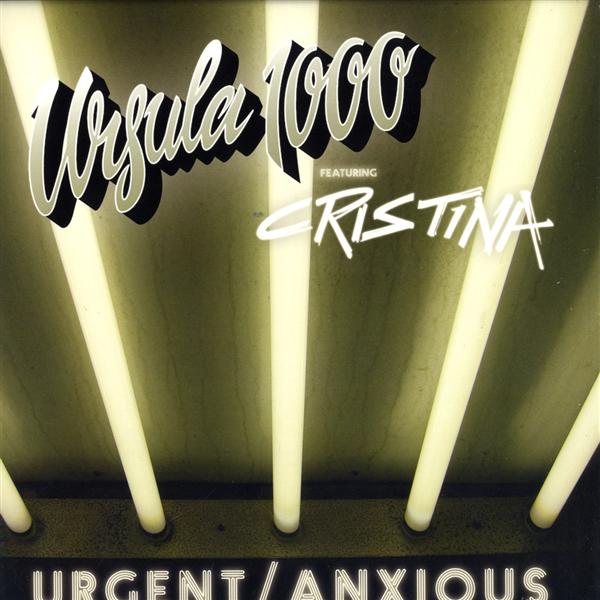 The samples that I heard on iTunes are definitely the acerbic songstress herself as unleashed in the new millennium, and though the song tries, it has nothing on the material which she herself wrote to sing. Still, the point of view she brings as a song stylist to sympathetic material [and “Urgent/Anxious” certainly lives in Cristina’s world] is not without its own pleasures, so I’ll need to grab this one for the Record Cell as it’s now on my want list. After 33 years of fandom, I need to have every scrap since music of this potency is hardly commonplace. For further proof, here is the lyric sheet from “Sleep It Off” in all its caustic glory. 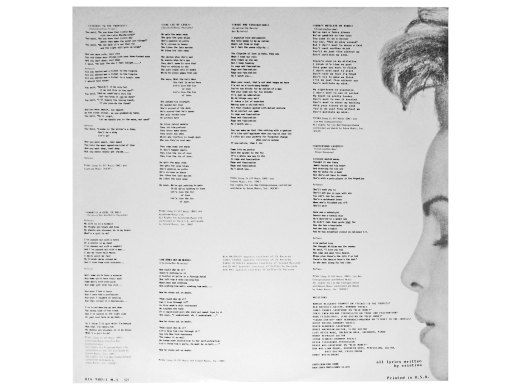 1 Response to Record Review: Cristina – Sleep It Off [part 3]