A Young Person’s Guide To: Bite

In 1983 Scot pop band Altered Images released their third and final album in sequence. Singles from it fared poorly, with the follow ups to the top 10 hit “Don’t Talk To Me About Love” barely scraping into the top 30, and in fact, in virtual free-fall on the charts.  So with that, the group gave up on the pop star dream that they had ridden into the charts beginning as left field New Wave faves of John Peel [he even sings backing vocals on a terrible cover version of Neil Diamond’s “Song Sung Blue” on the group’s chart-conquering sophomore album] and ending up as yesterdays news, swept into the dustbin of pop history as the UK entered the post New Wave consolidation period that saw all manner of watered down blue-eyed soul taking over the charts in Britain. The group’s third album shows an almost schizophrenic thrust at changing their style yet again from sugar coated twee pop to pseudo-sophisticated disco pop but it was a failed effort. Over the years, there have been many versions of the album. Almost too many! Here are a few significant versions.

This was the base UK LP which came first. I’ve never had a copy of this. Today, I’m intrigued by the longer version of the single “Don’t Talk To Me About Love” that it sports.

The UK cassette was a whole different thing entirely! It was one of those early 80s “deluxe cassettes” crammed with bonus tracks, including the créme-de-la-créme; a unique track that only appeared on the cassette. As an American, import cassettes like this were a non-event with importers pretty much sticking to vinyl and eschewing the lower-fidelity cassette format. Occasionally, I would see ads in the UK press touting cassette format exclusives and then I would comb the bins at the rare store where I noticed import cassettes. Normally, I never gave cassettes the time of day. I own exactly two import cassettes.

The US edition was more readily available vinyl, so I bought it instead. What I didn’t know at the time, was the track “Don’t Talk To Me About Love” was included in its 7″ edit form instead. It’s 1:02 shorter than the UK LP version. Worse, since I don’t have the UK LP, I’ve not heard this and have no idea how these changes manifest themselves.

There wasn’t a CD of “Bite” until Edsel’s remaster program for Altered Images in 2004. Since “Bite” was new to CD, I bought a copy in a Tower Records in Washington D.C. on a trip there in 2005. Good thing I did. These remasters are now expensive OOP discs and the D.C. Tower is but a memory [-sniff-]. But with the wonderment of Discogs.com I have come to see that the Edsel people come by their name honestly. They managed to make many mastering fluffs in the remastering and compiling of this disc!

Like every version apart from the original UK release, the 7″ edit of “Don’t Talk To Me About Love” is on that thing instead of the still unheard by me 4:50 LP version. Even worse, the version of “Another Lost Look” is not the album cut but the live version from the B-side of the “Love To Stay” single. Now that is sloppy sourcing! Speaking of which, the version of “Love To Stay” included in the album flow is the 7″ edit, with the full length album version [also issued on 12″] relegated to the tail end of the bonus track portion of the disc. Also, the 4th non-charting single, “Change Of Heart” is included as the 7″ mix instead of the album cut.

Worst of all, the extended version of “Don’t Talk To Me About Love” is a 7:01 edit of the 8:30 UK 12″ version [as included on the cassette]! There is plenty of space on that CD, so why this was done points to either incompetence or perhaps a trashed master tape that was not fully salvageable. To this day, I’ve still not heard the full 8:30 mix of that cut! Strangely enough, I only have the US copy of the 12″, which was widely prevalent in The States. Perhaps for that reason, import copies were non-existent in my searches. But now that I am aware of this, a 12″ of the single was been added to my Discogs.com want list. The one thing that Edsel didn’t screw up was the inclusion of the cassette bonus track! 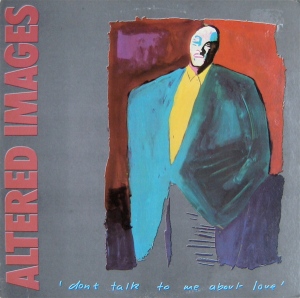 The thought occurs to me that this might be the case of a different US remix at the hands of different remixers, since this was the only “extended version” I’ve ever heard prior to having the UK CD RM with the 7:01 edit of the UK 12 inch. I should digitize it to hear it again and compare. At the very least, it’s almost time for the next DLX RM of this title to appear briefly and hopefully, the issuer will address the many deficiencies of the Edsel pressing and make the definitive “Bite.”

8 Responses to A Young Person’s Guide To: Bite