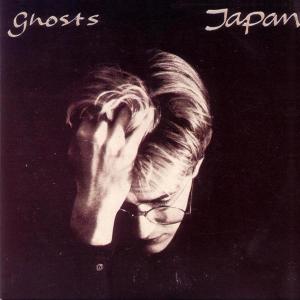 This was another of the initial launch of catalog titles that Virgin Records used to launch the CD-3 format in the UK with. With this single they picked one of their best sellers and the breakthrough that took Japan from cult artistes to screaming teen fodder. Not coincidently, the latter effect probably helped to ensure the disintegration of the band soon afterward. Having been formed in 1974 and slogged for many years through the sub-strata of New York Dolls inflected post-glam rock, the band rebooted in 1980 as Roxy Music influenced sophisticates. That year they released two albums which stand as a pair of the best albums that Roxy Music never released.

1981 saw the group making their next [and final] move as they moved beyond emulating their heroes to making heroic moves on their own. Their last studio album, “Tin Drum,” bears heavy actual Japanese music influence [think Sakamoto and YMO plus maybe The Sadistic Mika Band] and fuses this with their high-end musicianship to sound like nothing else out there at the time. It was the difference between Alistair Riddell emulating Bowie [uncannily] in New Zealand, and Bowie himself constructing his late 70s albums out of the building blocks of Krautrock, plus Brian Eno, to which he added his own artistic DNA.

Maybe it was the previous year’s pump-priming popularity of Duran Duran, whose members [Nick Rhodes in particular] fashioned themselves after Japan to various degrees, but by 1982, when the “Ghosts” single was the third single released from “Tin Drum,” the abstract, introspective ballad with no beat to speak of, shot into the UK top 5. No one familiar with the band would have believed it. Virgin released a 7″ and 12″ during that time. The records contents were identical; only the cover photo [and audio fidelity] of the discs differed in any way.

“Ghosts” was a droning, abstract ballad of gloom with atonal jabs of synth sticking out like the proverbial sore thumb. The single mix was edited down about 45 seconds to make it more “radio friendly!” The bigger pull was the B-side. What they called “The Art Of Parties [version]” was not a version mix, in the dub sense of the word. It was actually a live version recorded at the band’s 1981 concert at the Hammersmith Odeon. The point of interest here is that lead guitar is by David Rhodes of Random Hold/Peter Gabriel fame who was touring with the band after they sacked original lead guitarist Rob Dean following their 1980 tour. Dean, after all, had curly hair.

Finally, as a sop to the 20 minute CD-3 running time, Virgin also included the “Tin Drum” A-side “Visions of China” as a bonus track. That had been the unsuccessful second single from the album, so purchasers of this disc, conveniently got three of the four “Tin Drum” singles on a single platter.