Posted on September 28, 2012 by postpunkmonk 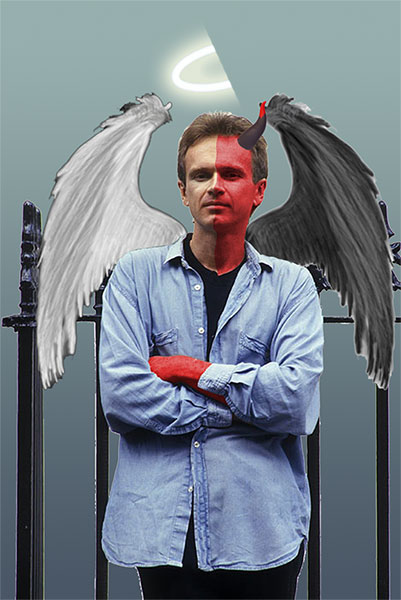 I’m a bit conflicted on the subject of producer Stephen Hague. I seem to have many of his productions in the Record Cell and at first I had no negativity associated with his name on a record. I first heard some of his very early productions, such as Slow Children and Gleaming Spires. I remembered that he was in Jules + The Polar Bears, but I never heard that band.

He started to hit the big time when he produced the single “Madame Butterfly” for Malcolm McLaren. That little piece of work seemed to turn a few heads. I liked the record well enough. It apparently led to OMD selecting him as producer for their sixth album, “Crush.” Back in the think of things, I was amazed to see that this album managed to see the group finally getting a foothold on the US charts; lovely. But the fact remained that the band’s sound, especially with hindsight, was severely compromised in accomplishing this feat. Songs like “So In Love” were wimpy, mainstream tracks by a band that had once vowed to never write a love song.

In all fairness, the group’s fourth album, the divisive “Dazzle Ships” was a radically unsuccessful album that sold 1/10th of what their previous album had sold. That, in turn, had made the band sweat and attempt to chase the charts for the rest of their career, at least until the band split apart in 1988. Knowing that, I can’t really blame Hague even though OMD’s Andy McCluskey now regrets having Hague produce the “Crush” album and its followup, “The Pacific Age.” Of course, Andy has loads of regrets he’s more than happy to discuss.

So it may have been that with getting OMD in the charts in the US, Hague got something of a “Todd Rundgren” reputation.” Back in the seventies and early eighties, bands who weren’t selling often found themselves being produced by Todd Rundgren, following his production of Meatloaf’s “Bat Out Of Hell,” which managed to made Marvin Lee Ayday into the least likely rock superstar in the world. I imagine the thought was “well, they’re not selling – let’s see what Rundgren can do with them…”

But then, I have to admit that I consider his production of New Order’s “True Faith” as the band’s best single. After 24 years I’m still not tired of hearing it. I consider it a true classic, and that’s with the full knowledge that the brief was to ‘write and record a single that would break the band in America.” Maybe it’s because I was never a Joy Division fan and was only a casual New Order fan [though I bought everything they released] that I had no problem with the poppiness of the cut. I found the song wildly successful on any level.

Another more recent Hague job was for Claudia Brücken’s “Thank You” and I consider it a stellar production by Hague; one of his very best.

Claudia Brucken – Thank you from martin gooch on Vimeo.

It actually goes far to obviate much of the sonic qualities that makes so much of Hague’s 80s productions less than stellar to my ears. It may come down to the fact that it was the synths and treatments of the time, that anyone might have used in production, which were the cause of what I considered the mediocrity of the “Hague sound” looking back. Digital synths with their “plastic” sound and shallow feel may have had far more to do with my disdain for many Hague productions than the man himself.

With these admissions, I ask the people who read this blog to weigh in with what they have to offer on the topic of Stephen Hague. You can be an opinionated bunch; so now’s your time to make some noise. To aid you in this discussion, here’s a list of various Stephen Hague productions in the old Record Cell. Feel free to discuss others.

22 Responses to Saint or Sinner? The Stephen Hague Problem