Well, the CD A Week Project is getting down to about every two months. Pathetic of me, really. Nevertheless, let’s press on. 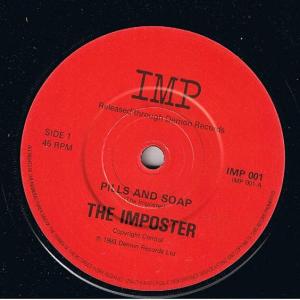 This was a pseudonymous Elvis Costello solo single cranked out in a hurried fashion in time for the 1983 General Election to vent his considerable spleen regarding the Falklands War. A change in his label’s distribution at the time meant that he formed his own label just to make sure it got out in a timely fashion! The lyrics are as scathing as one would imagine. Funnily enough, EC had heard Grandmaster Flash’s “The Message” and got inspired to use a similarly sparse beatbox to form the rhythms of the song, though he doesn’t approach rapping [thankfully]. The record was quickly deleted but later appeared [in a remixed version] on his “Punch The Clock” album. The B-side is the extended version, which is all of 30 seconds longer. I’ve yet to perceive the differences that account for the different timing. 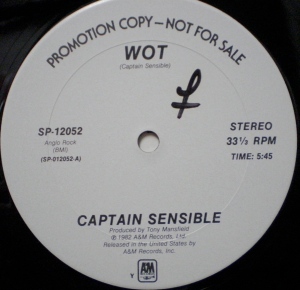 Sadly, this is the only Captain Sensible record in my collection, but if you have to have only one, this is the one to have. Actually, it’s the only Captain Sensible record I’ve ever come across, now that I think about it. The extended version of the incredible “Wot?” is still vinyl only. Cherry Red released the “Women + Captains First” album on CD for the first time only a few years ago, and while it had bonus tracks, this is not one of them. After seeing the brilliant video for this on MTV I was all set up to buy the album. But I have never seen a copy of it for sale, ever! I’m less enamored of the saccharine cover of the already saccharine “Happy Talk” from “South Pacific!”

This was the first Blaine L. Reininger solo record that I bought and it’s a wonderful introduction to the former Tuxedomoon vocalist/multi-instrumentalist. “Mystery + Confusion” was remixed for 7″ single, and the “Night Air” CD of the late 80s substitutes this version in the running order instead. Both versions are killer, so I had to digitize this one for listening pleasure. If you ever loved Bill Nelson, do yourself a favor and buy some Blaine L. Reininger records tout suite!

The final Gina X album was released in 1984 in a 2xLP version with a bonus album of remixes by partner Zeus B. Held. In 2005, LTM finally released this album on CD, but not everything could fit, so this dub mix of her cover of The Beatles “Drive My Car” given a very Art Of Noise treatment, was lopped off to resurface digitally here.

Written about earlier here. All I can add is that this 1979 song was reissued in later years by two different labels over a span of seven years. That’s how ahead of its time it was. The dub version I’d actually called an extended remix since all of the vocals are present and the seminal track has been very tastefully remixed with some admittedly dub energy.

This was an fairly early Level 42 12″ that got a US release in a promo and commercial version. I found the promo version at Wuxtry in Athens a couple of years ago. The remix is by Larry Alexander of The Power Station, so it’s nice and hot, like all US mixes were early in the game back in 1981. Level 42’s accomplished jazzfunk was a taste that it didn’t take long to acquire. Sure, it was a bit more M.O.R. than Cabaret Voltaire, but you can’t argue with a groove. 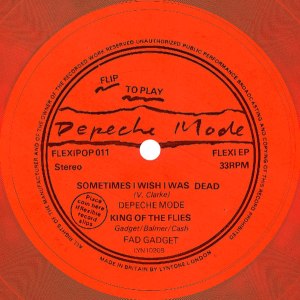