Posted on August 2, 2012 by postpunkmonk 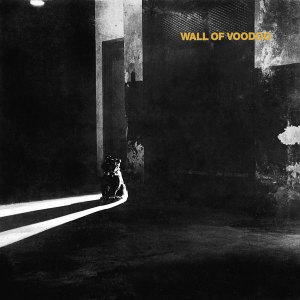 This morning I was listening to Stan Ridgeway’s first solo album, and it got me thinking about how I first encountered his music back in 1980. It was a Friday evening and I was holding the antenna to my stereo so that I could boost its gain enough to receive the undoubtedly paltry signal of WUSF-FM, the student radio station at Florida State University in Tampa all of 90 miles away from Orlando. Friday nights were the New Wave ghetto and since jiggling with the analog dial [good luck tuning in a signal you weren’t “supposed” to receive today with your digital phase lock loop claptrap!] and coming across the program one evening, I made it a point to listen each Friday from 9 PM to 12 AM as WUSF spun musical gold.

One evening, while airchecking, I heard Wall Of Voodoo’s brain-melting cover of the classic Johnny Cash tune “Ring Of Fire.” This heavy deconstruction of the song was based around a throbbing, industrial organ riff that was probably looped in an AMS digital delay unit while Marc Moreland’s guitar explored whole new realms of menacing feedback. Ridgeway added his dry, voiceover-influenced vocal over the top of it. Flat out, this was the most powerful cover version I’d heard at the time, and 32 years later, when considering what makes a classic cover version, this song is still the first thing to spring up in my mind.

I immediately hit the store [Record Mart Warehouse in Orange Blossom Center] and found a copy for sale within days. It was the fall of 1980 and it was a time of 12″ EPs by New Wave acts hitting the stores with 4-6 tracks and a $5.98 list price attempting to tempt virgin ears with the lure of low price since no commercial radio stations were touching this music with a 20 foot pole. Side one began with “Longarm,” a post-industrial folk song that, like all of Wall Of Voodoo’s early music, was built around chugging rhythm boxes abetted by human percussionist Joe Nanini. Ridgeway offered business-speak clichés as lyrics.

“The Passenger” follows and it’s an urgent, twitchy number that sounds as if the band took the idea of writing a song from the point of view of the mad bomber from the movie “Airport.” Ridgeway’s vocals are taut to the point of nearly shattering. Side one ends at this point after an unlisted instrumental coda.

In the “sweet spot” at side two, track one is “Can’t Make Love,” as Ridgeway channels a protagonist who fails to connect with females in the city “because the girls, say I will use them.” The song is fatally symmetrical in that the verses continue after the bridge with the genders of the song reversed so that the put upon singer equally fails to connect with boys. The tension never released in the song as Ridgeway flatly intones “I’m a nice guy but I don’t love you, I just wanna sleep with you.” The existential problem in a nutshell.

Next is one of the musical instro interludes on the disc that probably date back a few years when Ridgeway and Nanini first teamed up to become Acme Soundtracks and score commercial film and video projects. The WOV ethos is concentrated to its musical essence on this track which features fast tempo canned rhythm boxes firing asynchronously as ominous synth chords add anxiety to the track. Then the air bubbles intercut with a woman’s gasping heighten the cut’s fevered intensity. Listening to a track like this, it’s easy to see how they arrived at a moniker like Wall Of Voodoo.

Just when it can’t get any more tense and claustrophobic, the grinding organ chords of “Ring Of Fire” announce their arrival for a relief of tension over the duration of the sprawling track. The last track is a brief instro snippet called “Granma’s House” which features a return to more agitated themes as a methodical, plodding rhythm box and a wailing tritone synthesizer vie with the ultimate in sonic signifiers of anxiety; a ringing, unanswered telephone.

This record made me an instant fan of their dry, nervous approach. I put their version of “Ring Of Fire” on many mix tapes that I was asked to make since it was an amazing piece of work that everyone should have heard! I made certain to buy each subsequent Wall Of Voodoo album, but the group only managed to release two more before Ridgeway split for that lucrative solo career. I have his first three [easy to buy] albums but owe it to myself to track down the rest of his oeuvre one day since his Ennio Morricone meets Raymond Chandler ethos works like a fiend for me.

One unique factor about this record was that the mastering was cut brilliantly loud. With 8-10 minutes per side at 33 r.p.m., whoever mastered this did a fantastic job of making sure all of the dB available was lovingly poured into the wax without any peril of groove jumping. You put this record on and you know you’re in the room with some serious sound. I got the Rykodisc DLX RM CD of this title some years back and there is no comparison as to which sounds preferable. The CD is polite and emaciated, but this record… this is the kind of record that you can play and believe that vinyl can easily wipe the floor with digital audio. Of course, that 8-10 minutes per side is key.

6 Responses to Those First Impressions: Wall Of Voodoo – EP