Our dear friends at ZTT know one thing in spades: how to get us to buy their releases again and again! Of course, once you get hooked on the hard stuff they proffer, there’s no going back to the weak sauce! I first bought this on vinyl in 1985 and back then the only extended remix of “Sorry For Laughing” was a huge draw, not to mention the “Jewelled” mashup of “Duel” and “Jewel” that was like a perfected version of “Bejewelled” from the “Duel” cassette all beat matched and gleaming. The short mixes of “Dr. Mabuse” added to the number of mixes of that astounding song. I fantasized then of making a tape with all mixes of this song in a row but never got around to it. 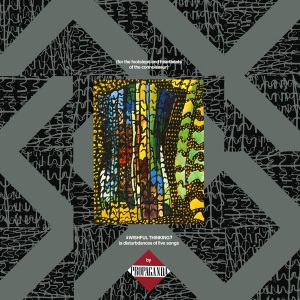 Then, a few years later, I finally came across the CD version of that puppy. It was a straight run of the LP master tape in the preferred format.

There have been further re-issues of this title on CD every few years so it’s stayed in print reasonably well, but none of these re-issues have prompted me to buy another copy on CD. And really, what was ZTT thinking?! They are all about making you buy every variant of a release they issue… and love it, such is their attention to detail and canny manipulation of variation. Well, they’ve finally awakened to the fact that I’ve not bought any of their re-issues of “Wishful Thinking” since the initial one, 26 years ago! Heads may have rolled, but now ZTT seeks atonement with a deluxe RM of the title, heavily salted with bonus material [shown in red in the tracklisting above].

All but one of these tracks are studio scraps, but when the project was a magnificent as “A Secret Wish,” one man’s scraps are another man’s feast for the senses! Of particular interest is the 10:47 ßeta Wraparound mix of “P: Machinery.” There are multiple mixes of this track, all with the same title, which indicates the presence of John McGeoch’s guitar in the mix – unlike the album version. I originally encountered it on the “ZTT Sampled” compilation album from 1985 – the year of ZTT. 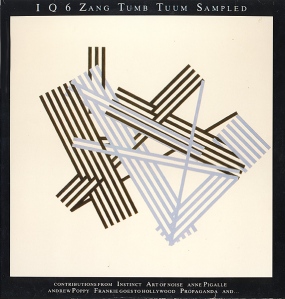 The “ßeta Wrap” on this album was a 8:03 mix that was far different to the 9:30 mix of the same name on the UK 12″ version 2 of “P: Machinery” as shown below. This 9:30 version has been released on the mandatory 2002 “Outside World” CD compilation of loose Propaganda remixes.

It looks like this new “Wishful Thinking” CD will host the longest 10:47 ßeta mix of “P: Machinery” known to mankind, as issued on this 12″ below. 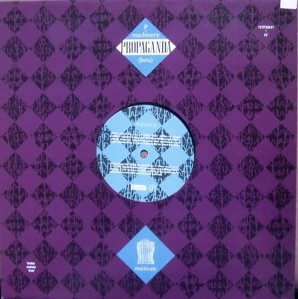 That was the “Reactivated” 12″ re-issued at the end of 1985 to give this killer tune another chance at topping the charts, only to fall on deaf ears once again! To date, now the 10:47 and 9:30 mixes are safely ensconced in digital bits on ZTT silvery discs; thank goodness – but the mix on “ZTT Sampled” is still unaccounted for on CD. And will no doubt be used as future bait for hungry ZTT collectors in the world of the future. Meanwhile, there are versions and outtake versions awaiting the faithful on the new disc of “Wishful Thinking” due out on June 4, 2012.