Posted on October 3, 2011 by postpunkmonk 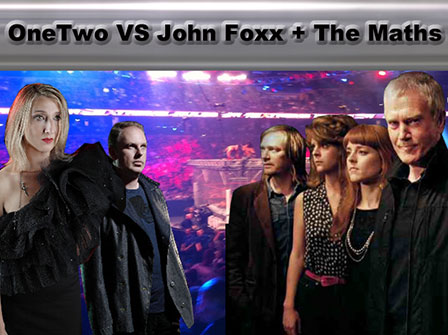 By a strange and eerie coincidence [none dare call it conspiracy], September has brought to the Monk’s Record Cell two completely different cover versions of the same Pink Floyd song  from 1975’s “Wish You Were Here.” The original “Have A Cigar” was a deeply cynical slice of period Floydian cosmic funk with guest vocals from Roy Harper. Richard Wright’s shimmering synths held ground with David Gilmour’s guitars and we’ll call the original a draw between the two. This month drew my interest because two/three of my favorite artists have now covered “Have A Cigar;” Onetwo, featuring Teutonic chanteuse Claudia Brücken as well as OMD’s Paul Humphreys and John Foxx’s new combo, The Maths. Between the three of them they represent many feet of real estate on the Monk’s racks! Let’s see how their respective versions stack up!

I’m crestfallen to admit that I only just got the 2007 Onetwo album “Instead” in spite of collecting both OMD and Claudia Brücken records of every stripe. I immediately bought the singles from it but dawdled on the album – I’m sorry! Look at the background tile to this blog. There are three Claudia Brücken sleeves and one OMD sleeve in that collage! Still, the Floyd cover is a great little addition to the running order on “Instead.” It begins with washes of deepwater synth chords over which the melodic hooks glisten like shimmering shards of soaring stainless steel. The sound is not terribly removed from that of the original version, but with the added benefit of  polyphony. Then the pounding dancefloor rhythm starts and you’d be forgiven for singing “Relax” over a loop of this bar, because it fits like a glove. Try it. Go ahead. You’re welcome.

This is not a deep shock because this album was mixed by the golden ZTT hands and ears of Bob Kraushaar – Theam member and the mixer of many a ZTT classic, so it comes by its pedigree honestly. Then Claudia enters the song and bites the lyrics, though her voice is dampened by the protective membrane of effects that enshroud her delivery. Still, the song in their capable hands is effectively turned into a streamlined dancefloor stomper, and something a million miles away from the original. For anyone pining away for the “classic ZTT” sound, Bob Kraushaar has delivered it right here! Bonus points for the band replicating the original “compress to mono transistor radio speaker” swishpan segue to the next song abruptly at the end, just like Pink Floyd did in ’75. 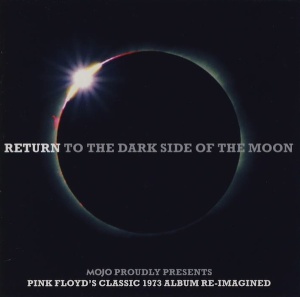 Various Artists: Return To The Dark Side Of The Moon/Wish You Were Here Again UK CD [2011]

First of all, if you haven’t heard it yet, you may download the track for free in full CD quality here courtesy of Mojo, who inadvertently mastered an unfinished version of the track on the actual CD bundled with this month’s edition of their mag.

John Foxx + The Math’s version of “Have A Cigar” couldn’t be more different. First up, the track is unabashedly hip deep in analog synthesizers, percolating diligently away with sequenced polyrhythms that weave a complex web of sound. Foxx also treats his vocal, albeit more severely with a stilted, flat delivery that is heavily vocoded; resulting in his vocal sounding much like a Dalek trying to glad-hand a naive band of suckers for the taking. And really, should not a record label exec sound exactly like a Dalek? They’re about as warm.

Overall, Foxx and Benge take the song far from its comfort zone and then going further, they have no compunction to mess with it some more; even going off beat on the delivery of some of the lyric lines for further emphasis. They cheekily change the famous lyric in the tune this:

“The sound is just fantastic, it’s really very phat,
Oh and by the way, which one’s Math?”

It takes a few spins to get under your skin but Foxx and Benge have stretched the template of the song far beyond what what you would have imagined up front when contemplating the tune of yore. I’d have to go back as far as Kraftwerk’s “Computerworld” to remember a song with as dense and complex an electronic sound as evidenced here. And, as I stated in my review of “Interplay” a while back, Foxx and Benge have created an incredible sound you haven’t heard in over 30 years and have missed terribly.

So who wins the match? That’s an easy one… anyone who’s listening. I really can’t pick a fave as both versions of the tune put so much of a different spin on the tune, which is one of the better “arena period” Floyd tracks in any case. It comes down to what’s your mood; a streamlined autobahn of a tune [Onetwo] or a Frankenstein’s Monster [John Foxx + The Maths]?