Posted on September 19, 2011 by postpunkmonk 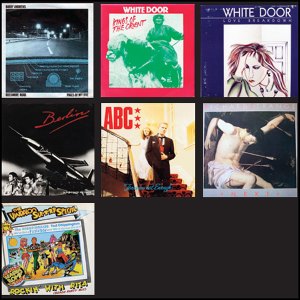 This week’s comp of vinyl burns throws together a couple of White Door singles with tracks that didn’t make it to their new Cherry red CD of their sole album “Windows.” Also figuring are yesterday’s posting, Berlin, with their debut single. Barry Andrews of XTC/League Of Gentlemen/Shriekback appears on a loose single under his own name. ABC’s debut single [previously discussed] makes a showing. The ex-lead singer of proto-punk Doctors Of Madness has a strong single and the denizens of the Vindaloo label appear in a summer novelty record discussed here. Let’s begin. 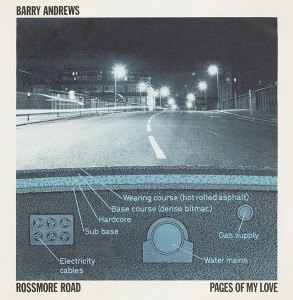 After leaving XTC in 1979, their former organist released a trio of solo singles that predated his next major appearance; that being playing organ foil to Robert Fripp in his League Of Gentlemen New Wave dance combo. Later he would do great things in Shriekback, but his solo singles sound like none of the above. His debut EP, which I don’t have, dates from ’79 and features four tracks. In 1980 he released a second single, “Rossmore Road” [VS 378] but this is not that single. It looks like Virgin gave him one more shot and re-released “Rossmore Road” in ’81 with a different B-side before cutting their losses.

“Rossmore Road” is a low-key, jazzy single that sounds like it bore an influence on Department S’s “She’s Expecting You” as both songs contain urban travelogues narrated through the heart of London town. The verses are downbeat, but the chorus hit a major key for some contrast. Robert Fripp is credited, but I sure can’t hear his distinctive tones here. It really sounds like nothing else in Andrews’ canon. The B-side features a different vocalist, who sounds too much like the male singer I strongly disliked from The Beautiful South, for me to endorse the song, which is a paean on the virtues of onanism. Maybe I’d like the other “Rossmore Road” B-side better. 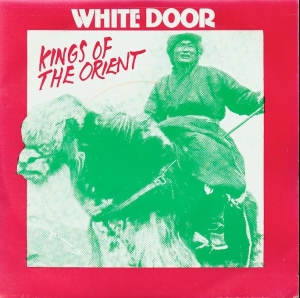 I first herd White Door when I saw their 1983 album “Windows” in the bins at Crunchy Armadillo Records at the time of its release. I didn’t like the cover art by Paul Warrillow, but the band looked interesting; lots of synths were in evidence. I asked Craig to put it on to sample it and it was finely etched synthpop of the kind that I usually gravitated to.  “I’ll take it,” I said. “Modeling music,” scorned Crunchy Armadillo’s second-in-command, Matt Gorney, citing the band’s New Romantic aura. Fast forward several decades, and I found that White Door had a couple of singles prior to their album, which I’ve had for almost 30 years.

“Kings Of The Orient” is usually pitched as “minimal synth” by modern dealers, so that means that the value is severely inflated for resale, but I found a copy at a reasonable price. The single is much less slick than on the “Windows” album, which was produced by a pre-ZTT Andy Richards, and engineered by Julian Mendelsohn. “Kings” has a stripped down, analog synth production by one Frank Skarth that gives it a decidedly more gritty feel. “New Jealousies” is actually the catchier song here, but both are miles from the later White Door sound. The digital synths would be next year, but this is a chance to hear the group not sounding as airbrushed as their record sleeves just a year later. 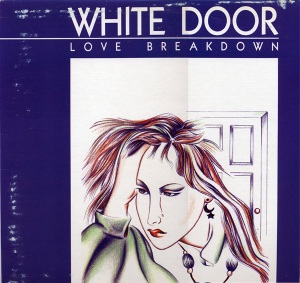 What a difference a year makes! It’s hard to believe this is the same band as on the previous single, but there’s no mistaking Mac Austin’s wimpy vocals. “Love Breakdown” is the weakest track on their “Windows” album, so I was shocked to run across thissingle. Track one is extended a full 25 seconds longer than the LP cut, so this may have as much as 4 bars of filler added to the running time. Extended versions don’t get more modest than this. The so-called “instrumental dub version” is a straight instro of the A-side. Whoever called this a “dub version” needs to have the fish-slapping dance performed on their person. Finally, the third track is 45 seconds shorter than the LP cut. A 7″ edit almost as timid as the A-side. I understand why Cherry Red left these “remixes” off of the “Windows” CD. 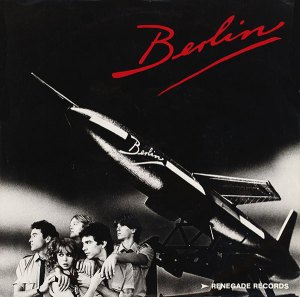 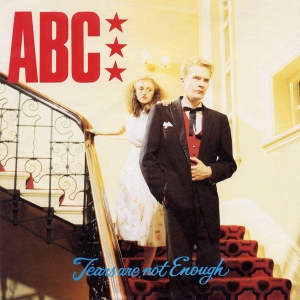 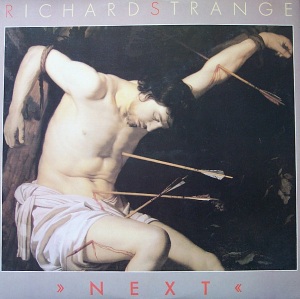 Richard Strange sure is an interesting artist. His post-glam/proto-New Wave band Doctors of Madness were neither fish nor fowl; rendering them much more fascinating than their peers decades later. I’d say that they weigh about the same as early Ultravox! with similar artistic conceits behind their music. Like Ultravox! they were too late, too jarring, and artistic for glam. They were coming from the Roxy side of the glam continuum that ends with Gary Glitter and Slade at the opposite end. Yet they were still ahead of the New Wave, making them out of synch with the marketplace. Unlike Ultravox, they broke up and didn’t manage to stick it out for a year or two, when their style would have been more readily grasped around 1979 or so when Post-Punk further developed the vocabulary they were building. By then they had already thrown in the towel.

Richard Strange managed two solo albums and a handful of singles in the 80s, of which this is one. A friend sent this to me and I was expecting yet another re-telling of the Jacques Brel chestnut. It’s not that by a long shot. It’s a different song completely, built around a methodical rhythm underpinned by prominent bass over which Strange recites a litany of interrogatives. The chorus is simply him repeating the title four times with a snarling, biting delivery over a contrapuntal melody. It’s quite bracing and the long version is preferable here. The DIY mix is an instrumental remix with most, but not all, of the vocals removed. 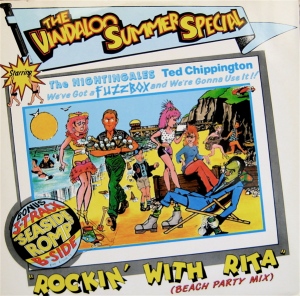