Posted on September 8, 2011 by postpunkmonk 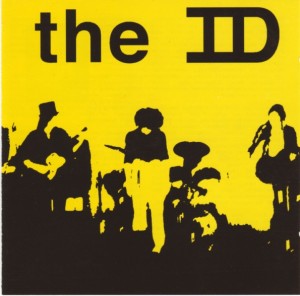 The Id were legendary as being the proto-OMD Liverpool band from whence came 75% of the classic OMD lineup. They began as a large eight piece unit before slimming down to a core of five with Andy McCluskey on vocals, Paul Humphreys on keyboards and Malcolm Holmes on drums. Steve Hollas and Gary Hodgson played bass and guitar respectively. They formed in the summer of 1977 and lasted about a year. But not before gigging successfully and getting some demos down on tape. Roger Eagle owned the seminal Liverpool club Eric’s and encouraged the band to demo. The local Open Eye Gallery also had a recording studio where The Id recorded these three songs in early 1978.

OMD trainspotters will recognize that all of these songs figured on the first two OMD albums that would be a few years down the road from this point. “Electricity” would be recorded several more times with varying producers and in different studios, but listening to the first recording of it, it’s remarkable at how well developed the song is. Sure, the technique may be crude, and the production gloss sparing, but the identity and core of the song is as vibrant and fully realized as it would ever be.  It sports the same xylophone melody that it would have forevermore.

“Julia’s Song” was so named for the lyrics that former Id member Julia Kneale had written for it and it would be subsequently recorded on two more occasions; in 1980 for the OMD debut album and in 1984 as the B-side of the OMD single “Talking Loud + Clear.” Again, it’s remarkable at how little the song changed in structure and performance between ’78 and ’80. The distinctive loping bassline still anchors the song and McCluskey’s vocal performance contains all of the eccentricities you may already be familiar with, like the trilled “R” in the lyric phrase “stilettos and thighs, may be burrrrrrrrning your eyes” or his go-for-broke use of falsetto. This song. apart from the other tracks here, actually leaked out to the public a year after the band were no more. The same gallery that recorded these sessions also released a legendary Liverpudlian compilation LP called “Street To Street.” 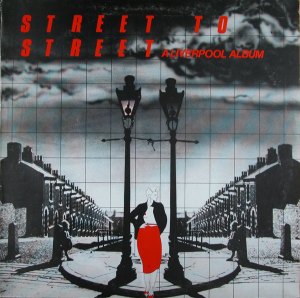 This was an album I was aware of for the longest time but given that OMD as well as Echo + The Bunnymen [to say nothing of Ian Broudie and Bill Drummond who both figure here in other guises] have their roots in this LP, it was always sought after. And I certainly never ran across a copy for sale. Even now, it remains in the $20-50 range for a copy.

The last song here was also recorded on the second OMD album, “Organisation.” It’s one of my favorite songs from my favorite OMD album. I’ve long loved its slamming, thunderous percussion and palpable sense of dread, so you can imagine my shock as the song that was recorded years earlier sounded not a thing like the song I had been familiar with. First of all, the tempo on this demo is breakneck compared to the deliberate pacing of the 1980 version. The rhythm guitar intro sounds exactly like that which would appear on “New Stone Age” from “Architecture + Morality three years later. The walking bassline gives the tune a jaunty, squaredance/hoedown feel that is jarringly at odds with the angst-ridden lyrics. The completely different, half-tempo middle eight features Humphrey’s Farfisa organ predominating. It is startlingly less than half of the length of the latter version at just under 2:15 in length.

This EP was released in 2002 on the mysterious Engine Records label and I’d only seen it previously sold in the OMD webstore, in its earlier incarnation. At the time of its release, my budget was extremely tight, so I had passed on purchasing. When OMD revamped their website following the new album in 2010, their webstore was conspicuously lacking in this EP. When I happened to be making a recent purchase from there, I was happy to see that maybe there had been a re-pressing of this EP. I had seen it for sale on Discogs.com in the $25 and up range so that should be an alarm to bands that they are missing out on a demand for their music. In a download-happy era, I’m glad that OMD, when making these archival recordings available, saw fit to release them on a physical format. These songs remain a part of the OMD legacy right up to today, and the vastly different arrangement of “The Misunderstanding” should be available to confound and perplex OMD trainspotters like myself for years to come.

1 Response to Those First Impressions: The Id [OMD] Debut Single