Last month I reached my breaking point. I ordered eight recent John Foxx albums that were released in the last two years and unavailable easily in The States from the John Foxx Store at Townsend Records. That discounts the two new collaborative albums that were released about a week after I made my order. Sure I could have pre-ordered them, but when ordering a huge chunk of CDs from the UK, the cost of postage gets prohibitive. Up in the 30% zone. My brief when ordering these titles was that they were not available from a huge retailer like Amazon.com, or by their many individual dealers.

By the mid-80s I had come to realize the large artistic differences between John Foxx and his old bandmates who still existed as Ultravox. Certainly by 1985, when Ultravox’s vocalist Midge Ure released a sappy solo album apart from Ultravox, that put my attitudes toward both of them into sharp relief. It was at that point that I began to value Foxx more. Of course, he responded by dropping out of music for a good dozen years! When he returned to the fray in 1997 with two albums at once it was like a huge musical drought in my life had been banished. But that wasn’t the half of it! Foxx had not sat idly for a dozen years; he just didn’t release anything. On his website, he published proposed albums that seemed like a huge amount of material to release according to his plan, but by this time all of those albums have seen release, in addition to many more albums that weren’t so well planned in advance.

As a Foxx collector, it gets to be a bit much, with 3-6 albums of new material getting released per year. The last two years I’ve kind of held back as I was finishing off many vinyl collections, and CDs just get shoved to the back of the line. This summer, something snapped, and I ordered almost $200 of the more difficult to score new material of the last few years. Here’s a quick overview.

A “live” album in a limited edition of 1000 copies. Since returning to activity, Foxx has released a bevy of “live albums” These are either “live in the rehearsal studio” recordings recording the live arrangements of material without an audience, or actual albums recorded in concert. This one is the former. The new full-electro arrangement of “The Man Who Dies every Day” is a killer! 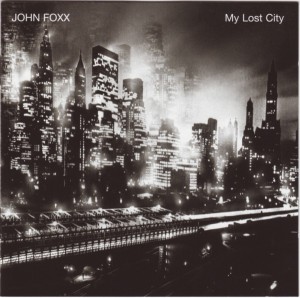 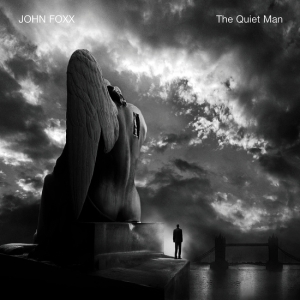 Spoken word + ambient piano. Justin Barton reads from Foxx’s “unpublished novel” while Foxx provides delicate piano accompaniment. Foxx has used this “fiction writing” methodology to drive the thematic and lyrical content of all of his music post-1977. He writes extensively on themes that intrigue him artistically; dislocation, dissolution of self, invisibility, a return to nature, self-alienation. If you have a familiarity with his music of the last 34 years, virtually all of it had its origins in this work. Many phrases in this writing will be familiar to fans of his music. 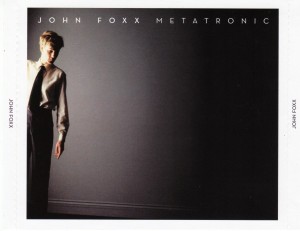 Compilation. Good overview with studio/remix/live material and a DVD [NTSC!]. 5.1 fans will revel in the first 5.1 remix of Foxx’s non-ambient work with the Underpass surround mix. More, please! 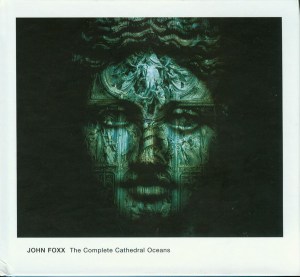 Ambient vocal works. Foxx had been recording these ambient vocal pieces since 1983, but they remained unreleased until the first Cathedral Oceans album of fourteen years later. His stepping off point was Gregorian chant in vast ecclesiastical architectures, reclaimed from the Church for his own purposes. Packaging is a deluxe hardbound book with extensive liner notes and a DVD [NTSC] of the third volume remixed in 5.1 with visual accompaniment provided by slowly dissolving Foxx graphic images that were part of his art installation of this series.

Electro duo songs. Since his return to recording, Louis Gordon has been Foxx’s most frequent collaborator. He has released many albums with Gordon, and now he has begun remastering them in two disc formats. Disc one is the original album and disc two is the supplemental material. There are some great non-LP tracks here that were only on a OOP single [“Drive”] as well as complementary live recordings taken from the OOP “Live From A Room As Big As A City” album of 2006.

Electro duo songs. Disc two of this set is a great chunk of a 2008 show with a radical new arrangement of “Young Savage” re-morphed into pure electro, yet retaining all of its singular drive. Warren Cann spoke of this song being like a huge motorcycle that you just start up and hang on tight to ride through to the end. It still is!

Electro group songs. John Foxx + The Maths is Foxx’s new band. The Maths comes down to Ben “Benge” Edwards, who is a player interested only in his vast array of analog synths. Oh, and Mira Arroyo of Ladytron guests on vocals and writing for “Watching A Building On Fire!” This album is flat out amazing! It’s the best album Foxx has released since “The Garden” and it’s the best sounding album he’s released since “Systems Of Romance!” Only analog synthesis sounds this magnificent. The collaboration has motivated Foxx to stray from his usual neural pathways for some incredible songs. This deserves a full review later, so I’ll stop here.