Four Little Enos – and a drummer

Today it’s time to write about Freur. I first heard of them in the pages of 1983/4 UK music papers like NME and Melody Maker. It seemed like every musician I admired picked their debut single “Doot Doot” as one of their favorites of the year, but the group was completely off the map here in The States.  I finally saw the mind-blowing video on one of my late night MTV tapes and tried to hunt down the album as soon as possible afterward. This album is the debut by the group that wouldn’t have great success until nine years later – then known as Underworld [mkII]. The “Doot Doot” album is extremely hi-tech postpunk and can be seen as laying the groundwork for their later [less interesting] techno success story. This music has more melody and hooks but conversely, seems more technologically perverse to me since they had to work hard to achieve these effects at that point in time. John Hudson [Engineer: Ultravox – Quartet] is credited for “electronic sound processing” and co-production and very few artists were digitally sculpting sound like they were at this time [1983-4]. 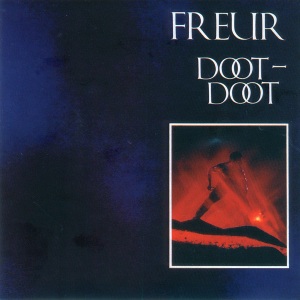 This is some of the most creative electronic rock music I’ve heard.The b-sides are if anything, more berserk and unrestrained. For years I put “You’re A Hoover” from “Matters Of The Heart” on mix tapes friends asked me to make! Truly spellbinding stuff that’s super electronic, yet rocks like a bmf! Their debut album, along with Propaganda’s”A Secret Wish” represents the peak of electronic rock to me until it all unraveled. Friends at the time asked me “what else after A Secret Wish?”and I pointed them toward this album. Our friends at Cherry Red have recently re-issued it on CD along with the never before on CD second album; “Get Us Out Of Here.” Word has it, half of the 2nd album tracks were trimmed to fit both albums on a single CD, so caveat emptor.

Freur: Get Us Out Of Here Netherlands LP

The second Freur album was apparently released in 1986. This is the subtle dark period where Freur was impossible to find. The two singles [“Devil In Darkness” and  “Look In Back For The Answers”] barely got released in the UK, were barely imported to the US and were hard to get even on the internet 20 years later. At the time of release [and I was looking] it just didn’t happen at all. The album itself was only released in Holland!! Some major bucks on e-bay 20 years later and it’s mine!

Musically, they changed dramatically from freakish electronics [think Roxy Music with four Brian Enos and a drummer] to more conventional electronics in an English Folk Music setting. [think Jethro Tull meets mid-period Roxy Music]. “Devil” is an insidiously catchy electronic drinking song and damn if the intro to “Look In Back For The Answers” doesn’t seem like a complete template for INXS’ “Devil Inside,” released a year or so later to worldwide acclaim [and $$$]. I really didn’t have the details to this period of Freur until the internet. That gives you an idea of how far they fell off the map at this time. 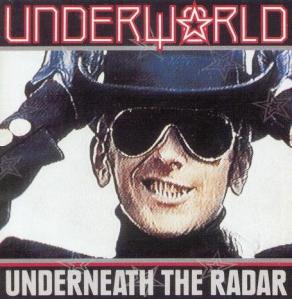 Underworld: Underneath the Radar US CD

Most of Freur resurfaced in 1988 as Underworld. What I heard didn’t move me too much at the time since I was still smitten with the 1st album period of extreme electronics. Keep in mind that I heard nothing of the 2nd Freur album at this time. The group was much more conventional now. A standard rock band with the same high-tech touches that most groups would sport. A slightly quirky INXS. The 1st album was produced by Rupert Hine, but it was another of his production jobs that didn’t begin to touch the genius of his solo work [Rupert Hine, Thinkman]. A friend gave me the US promo CD5 of “Underneath The Radar” and that was my Underworld collection for years. I eventually found “Radar” in an Alabama thrift store – for $1.00!! Good enough stuff, albeit far more conventional than the Freur material. 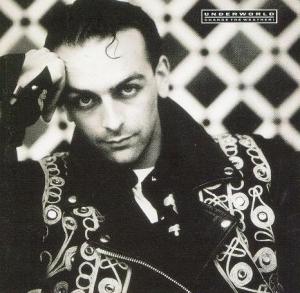 Underworld: Change The Weather US CD

Trolling CD Warehouse bins eventually turned up “Change The Weather” a year or two later. It’s another good album but the b-sides from the singles they released at this time were, like the early Freur, more extreme and electronic. “Big Red X” is superb electrowrok and I was dying for years to hear “Shokk The Doctor” after finding out about that song just from its title alone. I was not disappointed when I finally snagged the “Glory! Glory!” twelve inch! The track is a second cousin to the berserker elektronik frenzy of “You’re A Hoover.”
In 1993, they morphed into Underworld [mk II] and became huge techno stars to this day. I still have not heard this music, but around 1997 I felt things were getting so dismal musically, that maybe I should check out Underworld mark I. That was not too easy to do, since they became very popular and the earlier stuff became “collectable”to their now worldwide fanbase, a concept that was alien to all of their earlier incarnations.

These days I need to buy the Cherry Red twofer RM of the two Freur titles, and if the tracks have been edited, then it’s up to me to remaster from my vinyl to achieve perfection. Then maybe then I should give Underworld [mkII] a try. I just hope they have song structures! That’s my big[gest] problem with techno. But techno by actual musicians can sometimes avoid the pitfalls that nerds with laptops and a stolen copy of Pro Tools always seem to stumble into. We’ll see.

After I moved in 2001, I became dedicated to amassing the necessary elements to produce a 2 disc set of rarities covering both eras of the band before they became Underworld [mk II]. The day when I finally found the elusive German 12″ of “Riders In The Night” with the [only available there] dub mix of the A-side on GEMM I’ll not soon forget! Eventually after about six or seven years I had what I needed and made the move.