The Emperor’s New Records or Am I Being Exploited Here?

Posted on November 3, 2010 by postpunkmonk

My wife was looking in on Enoweb a few months ago and found out about his new album, Small Craft On A Milk Sea, so she immediately ordered the ltd. ed. boxed $et version forthwith. That makes the second such beast invited into our home. One of the perks is that you may download the album on the day of release [Nov. 2, 2010]. One of the BIG perks is that you may download it in 24 bit WAV files. I master my audio in 24 bit @44.1 kHz because I can actually hear the slight difference in quality compared to to 16/44.1, but anything higher is just psychoacoustics to me. So I downloaded it last night on my poky DSL while I retired to bed. Here’s what you get for your $100.

It is exactly the same but for the fact that instead of a cheap lithograph, it contained instead a serigraph, signed by Eno himself in an edition of just 250. Plus a solid brass plate on the box itself. I can’t find any pricing information for this edition since it has sold out [probably to Saudi billionaires looking for a nice investment] but I recall that it was in the mid-three figures from the one time my wife showed me the web page at Bleep.com. Waaaaaay out of my budget.

All very posh, you’ll agree, but the regular CD [tracks 1-15] can be had for normal pricing. Under $20 almost everywhere. The sick collector in me wants the most music possible, so the bonus 4 track EP eases the $100 price tag somewhat. As for 180g vinyl, I only have two such releases in my home, and they’re strictly for show since I listen to CDs only. Don’t get me wrong, I like vinyl, but I prefer CDs. They can be played in my car, where I do almost all of my listening. I have lots of vinyl, and until I remaster it to CD it just doesn’t get heard. Sometimes for decades… To me, vinyl is just the larval form of a CD.

Still, I am beginning to bristle at this trend, apparent to me mainly this year, whereby my favorite artists are releasing their albums in ever increasingly elaborate packages that hover near the c-note mark. Several months ago I ordered the first of these I’ve been motivated to get. Fave rave band OMD had reformed in 2007 and in September of this year, they released their first album in their “classic lineup” since 1986. “History Of Modern” also came in a deluxe boxed set. Since this was a special release for the band and the bait was tempting, I popped for the $80 full monty. 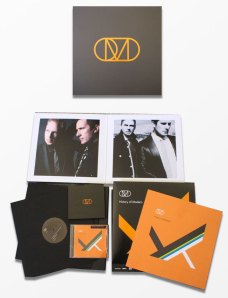 OMD: The History Of Modern

On the whole, this is a decent amount of swag for the dollars. As with the Eno set, my buy-in is with the demo disc CD since I collect the complete recorded works of OMD. That it’s $20 less than the Eno offering is a plus. I consider the tchatchkes included to be lower brow than Eno’s but certainly worthwhile to a coarse prole like myself. Since this was their splashy return to greatness [that pretty much panned out] I’m happy. If they do this for a subsequent album, I’ll have to weigh the consequences a tad longer, methinks. Again, the buy-in hook for packages like this is the “exclusive music” included with the “executive version.”

With Eno moving in this direction is it surprising that Bryan Ferry also has a new one out this month in a deluxe boxed format. His new album “Olympia” is his first step into the larger world of ridiculously expensive boxed sets.…forgive me, immersion editions! 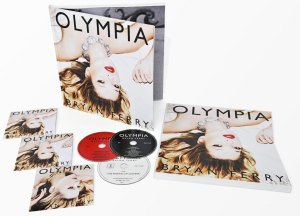 In this case, another c-note delivers unto you

Fortunately, there is a deluxe CD for a few bucks more with the two extended tracks in italics, plus the DVD. I’ll probably opt for that. The collector in me wants those remixes, but for $100 how do I know they won’t suck? After all, I’m now fairly well conditioned after 20+ years to expect poor, unmusical remixes in these, the end times. I can live without the 40 page book of Kate Moss photos! Heck, I’ve only been hearing that name for years and years now and I would not be able to ID her in a police lineup if her life depended on it.

I may buy after asking Mr. Vinny Vero about those remixes. There are dealers cutting a deal on Amazon for about $80. Nevertheless, it’s plain that artists in these end times are exploiting their most ardent fans. Every time I plunk out the better part of $100 for an album, I’m in effect subsidizing seven or eight thieves who are just downloading the thing from a P2P network somewhere. I understand the economics of it, but my sick, desire to collect the entire recorded output of many, many artists leaves me vulnerable to these boxed set attacks.

The fetishization and commodification of what were once egalitarian artforms [re: albums] into products affordable only to the elite ruling class really rubs me the wrong way! Because I have no desire to steal music in file form I’m stuck in the middle and I’m feeling the big pinch. I’ve not even delved into exotic vinyl forms like the new Bryan Ferry 12″ single of “You Can Dance,” either. There’s only 200 of these puppies pressed up for about $15 a pop, and when they’re gone, it’s market value time. 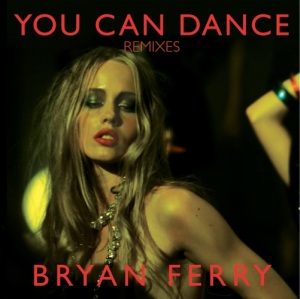 At 10 GBP, I can’t complain about the price, but when just 200 copies are made of a record, can we be said to be talking about pop music any more? This is now a rarefied form of elite exclusivity to be withheld by the wealthy. Do you think I’m ranting? What about the new Grace Jones album? If you want one of the 500 vinyl copies it will set you back approximately $450 at Vinyl Factory!

The “Hurricane” vinyl edition is already selling aftermarket at nearly $500 a copy!! There’s something wrong here. It’s part of the same wrong that has seen over a third of America’s wealth shift to just 0.01 percent of its population over the course of the last 40 years. The ones who are making the rules are stacking the deck way against the rest of us.

I promise I’ll lighten up tomorrow.

11 Responses to The Emperor’s New Records or Am I Being Exploited Here?